The Summer 2017 issue of the Journal of the History of the Behavioral Sciences is a special issue devoted to “Histories of Women, Gender, and Feminism in Psychology.” Guest edited by Alexandra Rutherford, the issue both celebrates the intellectual legacy of Elizabeth Scarborough (1935-2015) and marks the 30th anniversary of the publication of Scarborough and Laurel Furumoto’s seminal volume Untold Lives: The First Generation of American Women Psychologists. Full details below.

“‘The difference being a woman made’ Untold Lives in personal and intellectual context,” by Alexandra Rutherford and Katharine Milar. Abstract:

To mark the 30th anniversary of the publication of Scarborough and Furumoto’s classic work Untold Lives, and to honor the intellectual legacy of Elizabeth Scarborough (1935–2015), we introduce this special issue devoted to the histories of women, gender, and feminism in psychology. We provide a short biographical sketch of Elizabeth, highlighting her own marriage-career dilemma, then contextualize the publication of Untold Lives within the historiography on women in psychology at that time. We conclude by discussing intersectionality as an analytic framework for the history of psychology as a way to extend and enrich this historiography.

The relationship between American psychology and gender ideologies in the two decades following World War II was complicated and multivalent. Although many psy-professionals publicly contributed to the cult of domesticity that valorized women’s roles as wives and mothers, other psychologists, many of them women, reimagined traditional sex roles to accommodate and deproblematize the increasing numbers of women at work, especially working mothers. In this article, I excavate and highlight the contributions of several of these psychologists, embedding their efforts in the context of the paradoxical expectations for women that colored the postwar and increasingly Cold War landscape of the United States. By arguing that conflict was inherent in the lives of both women and men, that role conflict (when it did occur) was a cultural, not intrapsychic, phenomenon, and that maternal employment itself was not damaging to children or families, these psychologists connected the work of their first-wave, first-generation forebears with that of the explicitly feminist psychologists who would come after them. 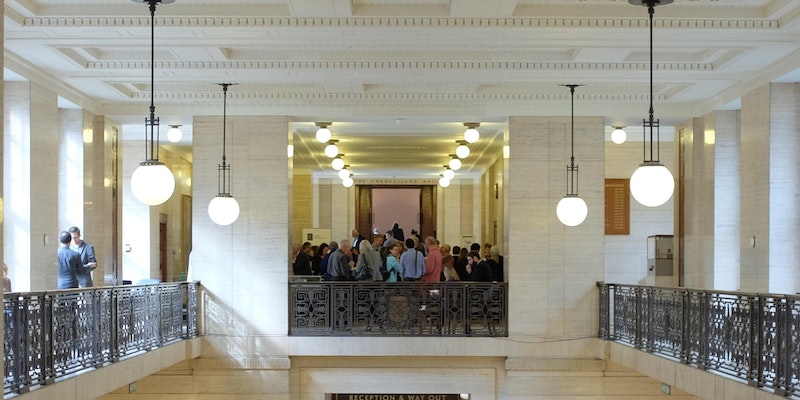 On Thursday October 19th the British Psychological Society is holding its 7th annual Stories of Psychology event, this year on the theme of “Women in Psychology: From Invisibility to Influence.” The event marks the 30th anniversary of the founding of the BPS Psychology of Women Section. To register for this all day event click here. Full details follow below.

Women in Psychology: From Invisibility to Influence
A BPS Flagship Event

In conjunction with BPS History & Philosophy of Psychology Section

The seventh annual Stories of Psychology public event on aspects of the history of psychology takes its theme this year as ‘Women in Psychology’. 2017 marks the 30th anniversary of the founding of the BPS Psychology of Women Section, and we are pleased to have collaborated with the Section to produce the programme for the day.

The event is aimed at a general audience so will be of interest not only to psychologists and historians but also to anyone with an interest in women’s issues and social history.

There will also be panel discussions and the launch of Senate House Library’s travelling exhibition ‘Pioneer Women Psychologists at the University of London’.

This post is written by Kelli Vaughn, York University and is part of a special series of bibliographies on topics in the history of psychology.

In 2005, I wrote an article that included the phrase “we must teach the teachers;” no where is this more true than the study of the history of women in psychology. Even today when the body of scholarship in this marginalized area is growing we still see that women are forgotten or placed in a box (or “special” chapter as the case may be). The goal of my research is to address the need to rid ourselves of these omissions and pedestals by the general inclusion of women’s history within texts and courses, where it has always belonged. The first step in doing that is, as I mentioned, to teach the teachers or in this case the future teachers that which they are often not provided in their initial training. The following is a list of basic resources to familiarize yourself with the names and work of the earliest female pioneers in the field as well as the struggles often incurred in the historical construction of women and gender. These resources are updated regularly on my own website.

Furumoto, L. (1984). Review of Women scientists in America: Struggles and strategies to 1940. Journal of the History of the Behavioral Sciences, 20, 238-240. END_OF_DOCUMENT_TOKEN_TO_BE_REPLACED