The May 2015 issue of History of Psychology (vol 18, issue 2) is now available (find online here), and is chock-full of interesting content. From analyses exploring the materiality of psychological and psychiatric instruments (including the Cattell Infant Intelligence Scale, the ‘Utica Crib,’ and the controversial transorbital ice pick lobotomy instrument introduced by Walter Freeman), to historiographic discussions (about how to further internationalize the practice of the history of psychology in North America, and about the necessity of attention to multiple temporalities and contexts within the history of psychology in Brazil), there’s a little something for everyone.

The abstracts read as follows:

Test or toy? Materiality and the measurement of infant intelligence.
By: Young, Jacy L.

Adopting a material culture perspective, this article interrogates the composition of the copy of the Cattell Infant Intelligence Scale housed at the University of Toronto Scientific Instruments Collection. As a deliberately assembled collection of toys, the Cattell Scale makes clear the indefinite boundary between test and toy in 20th-century American psychology. Consideration of the current condition of some of the material constituents of this particular Cattell Scale provides valuable insight into some of the elusive practices of intelligence testers in situ and highlights the dynamic nature of the testing process. At the same time, attending to the materiality of this intelligence test reveals some of the more general assumptions about the nature of intelligence inherent in tests for young children. The scale and others like it, I argue, exposes psychologists’ often-uncritical equation of childhood intelligence with appropriate play undertaken with an appropriate toy, an approach complicit in, and fostered by, midcentury efforts to cultivate particular forms of selfhood. This analysis serves as an example of the kind of work that may be done on the history of intelligence testing when the material objects that were (and are) inherently a part of the testing process are included in historical scholarship.

END_OF_DOCUMENT_TOKEN_TO_BE_REPLACED 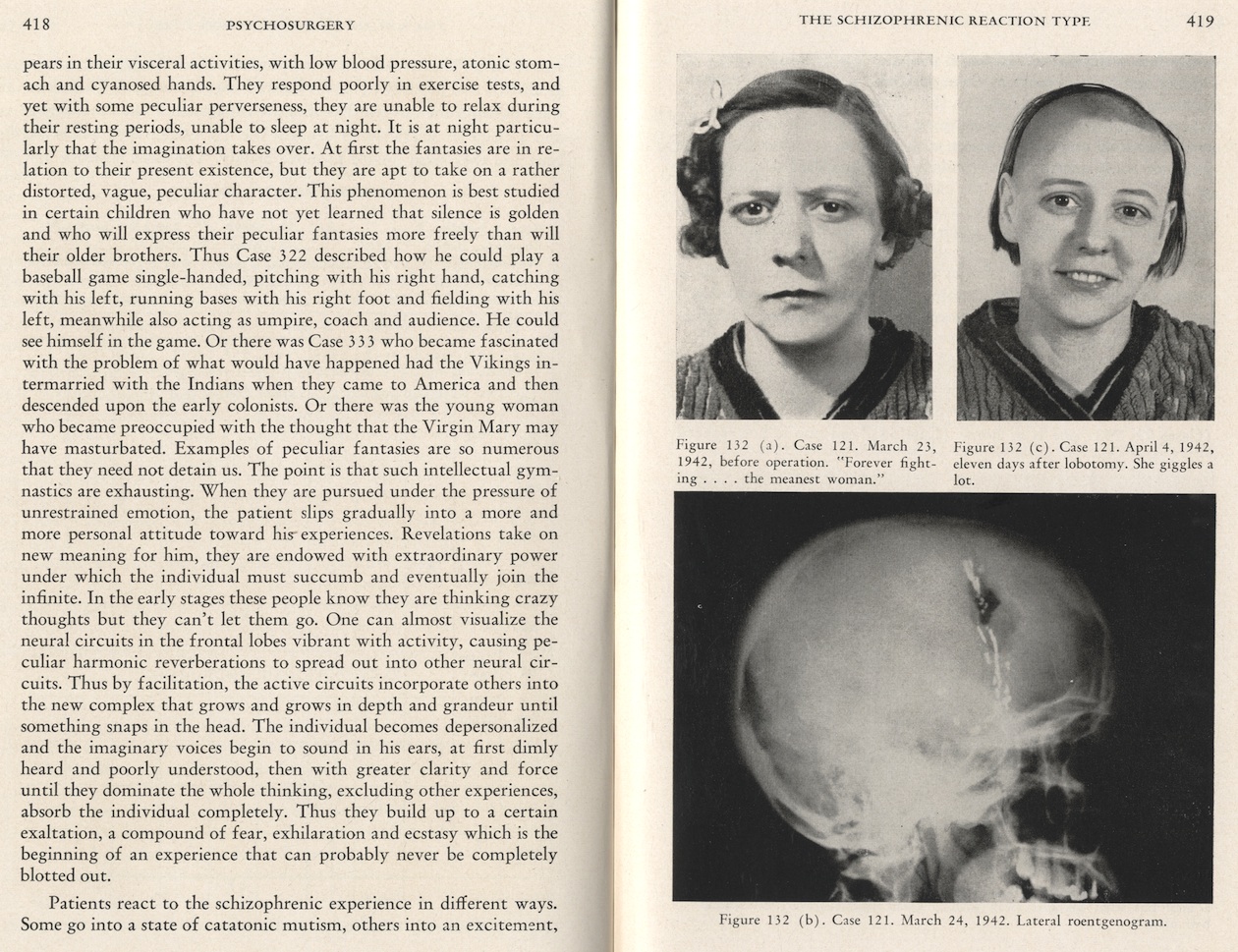 After posting about BBC Radio4’s new program A History of the Brain earlier this week, we bring to your attention yet another BBC Radio4 production: The Lobotomists. To mark the 75th anniversary of the first lobotomy performed in the United States, the program explores the work of Portuguese doctor Egas Moniz who first developed the lobotomy (or leucotomy), as well as the work of neurologist Walter Freeman and neurosurgeon Sir Wylie McKissock, who took up the procedure in the United States and Britain respectively. The Lobotomists can be heard online here and AHP’s previous posts on Walter Freeman and lobotomies can be found here.

A lengthy description of The Lobotomists is available on the program’s website and reproduced below:

2011 marks a 75th anniversary that many would prefer to forget: of the first lobotomy in the US. It was performed by an ambitious young American neurologist called Walter Freeman. Over his career, Freeman went on to perform perhaps 3,000 lobotomies, on both adults and later on children. He often performed 10 procedures or more a day. Perhaps 40,000 patients in the US were lobotomised during the heyday of the operation – and an estimated 17,000 more in the UK.

This programme tells the story of three key figures in the strange history of lobotomy – and for the first time explores the popularity of lobotomy in the UK in detail.

The story starts in 1935 with a Portuguese doctor called Egas Moniz, who pioneered a radical surgical procedure on the brain. END_OF_DOCUMENT_TOKEN_TO_BE_REPLACED As a followup to our recent post about Miriam Posner‘s work on the lobotomy photographs of Walter Freeman, I would like to draw AHP‘s readers attention to a recent posting on Posner’s blog, Academitron. For anyone interested in learning more about the role of photography in the history of psychiatry/psychology, Posner has posted “Psychiatry, Photography, and Lobotomy: A Bibliography,” an extensive list of works on the subject.

You can find that list here, and Posner’s blog here.