The December 2017 issue of History of the Human Sciences is now online. Full details below.

“Psychoanalytic sociology and the traumas of history: Alexander Mitscherlich between the disciplines,” by Matt ffytche. Abstract:

This article examines the way aspects of recent history were excluded in key studies emerging from psychoanalytic social psychology of the mid-20th century. It draws on work by Erikson, Marcuse and Fromm, but focuses in particular on Alexander Mitscherlich. Mitscherlich, a social psychologist associated with the later Frankfurt School, was also the most important psychoanalytic figure in postwar Germany. This makes his work significant for tracing ways in which historical experience of the war and Nazism was filtered out of psychosocial narratives in this period, in favour of more structural analyses of the dynamics of social authority. Mitscherlich’s 1967 work The Inability to Mourn, co-authored with Margarete Mitscherlich, is often cited as the point at which the ‘missing’ historical experience flooded back into psychoanalytic accounts of society. I argue that this landmark publication does not hail the shift towards the psychoanalysis of historical experience with which it is often associated. These more sociological writers of the mid-century were writing before the impact of several trends occurring in the 1980s–90s which decisively shifted psychoanalytic attention away from the investigation of social authority and towards a focus on historical trauma. Ultimately this is also a narrative about the transformations which occur when psychoanalysis moves across disciplines.

“The making of burnout: From social change to self-awareness in the postwar United States, 1970–82,” by Matthew J. Hoffarth. Abstract: END_OF_DOCUMENT_TOKEN_TO_BE_REPLACED 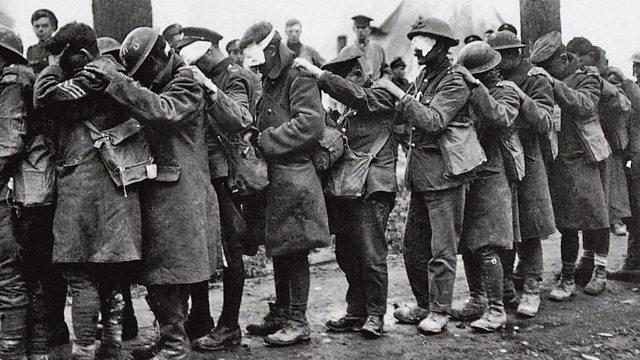 The talk is titled Toward a Global History of Trauma, by featured speaker Mark Micale out of the Dept of History, University of Illinois. Editor of the (2001) volume Traumatic Pasts: History, Psychiatry, and Trauma in the Modern Age, 1870–1930, Micale will argue that trauma scholarship is largely derived from a small number of purely Euro-American catastrophic events which serve as historical and psychological paradigms, and scholars need now to look beyond the West toward a new, more genuinely global perspective on the history of trauma. He focuses in particular on new research being done about Asia.

Find out more about this session, as well as an archive of past sessions, here.

The wonderful blog Mind Hacks has just brought to our attention John Huston’s 1946 film, Let There Be Light. The third of three propaganda films Huston was commission to make for the United States Army, Let There Be Light features World War II era soldiers experiencing neuropsychiatric illness as the result of the trauma of war.

Initially banned by the US government, the film made its debut at the 1981 Cannes Film Festival. Now the film – which showcases the experiences of these soldiers, their often harsh treatment at the hands of medical professionals, and the soldiers distaste for the military post-war – is available in full online, both on YouTube (above) and as a downloadable file on Internet Archive.

For any of AHP‘s readers who will be in London on March 9th, the Imperial War Museum London is hosting a film screening Psychological and Physical Trauma in the First World War: Exploring the History of Healthcare through Films. The screening will be accompanied by two talks on psychological trauma of soldiers in WWI. Open to the public, the event will take place from 3:30 to 5:45 in the IWM Cinema. As described on the Imperial War Museum London website,

The first of a planned series of introduced screenings on the subject of military healthcare, organised with The Florence Nightingale School of Nursing and Midwifery at King’s College London. The first programme will explore the connections between film and healthcare during the First World War. Admission is free.

Full details of the film viewing can be found here.

The February 2011 issue of History of Psychology, the official journal of the Society for the History of Psychology (Division 26 of the American Psychological Association), has just been released online. Included in this issue are article on the use of the term “socialization,” psychology and pedagogy in late-nineteenth century French medicine, the historical experience of trauma, and a look at the use of unique historical sources in describing the academic freedom controversy surrounding James McKeen Cattell’s departure from Columbia University. Also in this issue, is a note challenging the recent proposal that John Watson and Rosalie Raynor’s research subject Little Albert was in fact Douglas Merritte, the son of a wet nurse at Johns Hopkins Hospital. Titles, authors, and abstracts follow below.

“The evolving vocabulary of the social sciences: The case of ‘socialization’,” by Jill G. Morawski and Jenna St. Martin. The abstract reads,

While the term “socialization” stands as a common and clearly understood term regularly used in social science and lay conversations alike, its history is complex. In the 19th century, socialization was introduced to refer to societal activities or projects, and only in the early 20th century did it gain usage as a term describing psychological processes transpiring within the individual. The architecture of the newer meaning harbored ambitions and problems of modern social science, including ideals of interdisciplinary theory and theoretic resolution of the individual/society dualism. Nevertheless, socialization became a central object of social scientific inquiry after World War II. This significant social scientific object was repeatedly altered: initially representing a vision of conforming citizens who were free from certain troubling characteristics depicted in psychoanalysis and well-suited to democracy, it later was engaged to create a vision of autonomous, resilient, and cognitively active actors able to negotiate a complex social world. END_OF_DOCUMENT_TOKEN_TO_BE_REPLACED