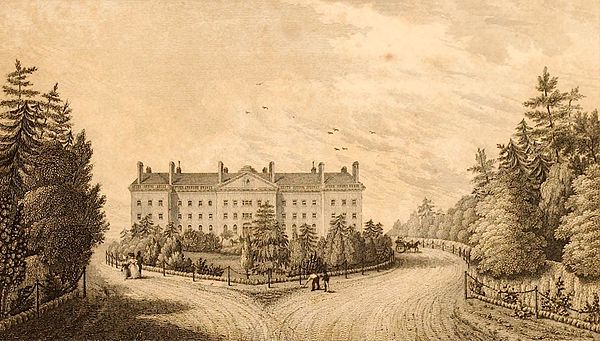 The February 2014 issue of the American Psychological Association’s Monitor on Psychology is now online. Included in this month’s Time Capsule section is a piece by Jennifer Bazar and Jeremy Burman on what in retrospect may seem an odd practice: nineteenth century asylum tourism.  As Bazar and Burman describe,

Alongside mentions of monuments, churches and historical sites, a 19th-century tourist in New York might have found this recommendation in his or her guidebook: Visit the Bloomingdale Asylum for the Insane, in the Morningside Heights neighborhood of Manhattan (on the grounds of what is now Columbia University).

“The approach to the Asylum from the southern entrance … is highly pleasing,” reads the 1880 guide “Miller’s New York As It Is.” The author continues, “The sudden opening of the view, the extent of the grounds, the various avenues gracefully winding through so large a lawn. … The central building … is always open to visitors, and the view from the top of it being the most extensive and beautiful of any in the vicinity of the city, is well worthy of their attention” (Miller, 1880, p. 46-47).

Recommending a visit to a mental hospital might seem surprising to modern readers, but this was not unusual at the time. In fact, the “asylum tourism” of the late 1800s was less voyeuristic than its earlier incarnations. The patients — sometimes including the powerless wives of jealous or bored aristocrats — had often been treated like animals, housed in institutions that were little more than human zoos. (It cost only a shilling to see “the beasts” rave at Bedlam, as the Bethlem Royal Hospital in London, England, was then known.)