All of the Other Brains
Chloe Silverman
Drexel University

Knowledge about the Brain and Societal Interests
Frank W. Stahnisch
University of Calgary

A Reply:
The Neuro: Modernity, Community, and Critique
Fernando Vidal and Francisco Ortega

In a recent piece on the Somatosphere blog, historian Laura Stark describes the making of “vulnerable populations” in medical experimentation. Currently writing a book on the emergence of “normal control” subjects in medical research, Stark uses her research on LSD experimentation at the US National Institutes of Health post-WWII to discuss the idea of “vulnerable populations.” The above video features excerpts from some of Stark’s oral history interviews with research subjects used as “normal controls” in this research.

As she describes in “How to make a “vulnerable population”,”

The category of the “vulnerable population” is itself a product of modern (American) bioethics, which invented the concept in its recent vintage and gave it specific meaning in public parlance. The field of modern bioethics emerged in the 1960s and 1970s, and in the post civil-rights period, the bioethical concept of the “vulnerable population” was coded with contemporary rights-based concerns: about minorities, about prisoners, and more. The specific meanings and people associated with “vulnerable populations” were embedded in 1970s human-subjects regulation, as well as in popular discourse….
The concepts of modern bioethics operate at another level, too. Ian Hacking coined the term “moral kinds” to tag what he called meta-ethical issues that people—including scholars—come to embody. We are working to develop Ian Hacking’s framework to show how law (especially U.S. human-subjects regulations) shapes both the memory practices of historical actors and the interpretive practices of present-day scholars. In sum, we are interested in how the concepts of bioethics, such as “vulnerable populations” codified in 1974 and later extended beyond the United States, have narrowed the range of possibilities available to scholars for interpreting empirical evidence. We like Hacking’s approach because it offers a way to investigate how the governing moral sensibilities of a specific time and place both constrain and liberate scholars themselves. The secular, North American, rights-revolution ethos of modern bioethics, we suggest, limits how questions about research practices in the human sciences are conceptualized, and can deflect questions about the historicity of the discipline of bioethics as a knowledge-making enterprise in its own right. We aim to explore medical knowledge-making alongside the ontology of modern bioethics—to ask how, when, where, and with what effects the terms and priorities of this expert domain developed. In doing so, we hope to capture a fuller repertoire of institutions, sensibilities, and activities that eventually came to constitute modern science and biomedicine. 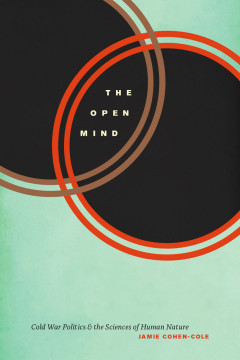 The blog Somatosphere has posted a review of Jamie Cohen-Cole’s The Open Mind: Cold War Politics and the Sciences of Human Nature. The book is described on the publisher’s website as follows,

The Open Mind chronicles the development and promulgation of a scientific vision of the rational, creative, and autonomous self, demonstrating how this self became a defining feature of Cold War culture. Jamie Cohen-Cole illustrates how from 1945 to 1965 policy makers and social critics used the idea of an open-minded human nature to advance centrist politics. They reshaped intellectual culture and instigated nationwide educational reform that promoted more open, and indeed more human, minds. The new field of cognitive science was central to this project, as it used popular support for open-mindedness to overthrow the then-dominant behaviorist view that the mind either could not be studied scientifically or did not exist. Cognitive science also underwrote the political implications of the open mind by treating it as the essential feature of human nature.

END_OF_DOCUMENT_TOKEN_TO_BE_REPLACED 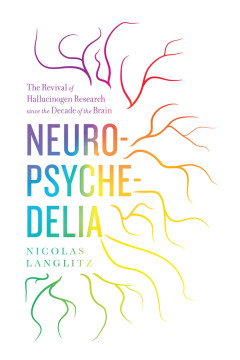