The October 2015 issue of History of the Human Sciences is now online. Articles in this issue explore participant observation in a sleep laboratory (right), publications on psychiatric topics in Penguin Books, and social scientific representations of consumer debt. Full titles, authors, and abstracts follow below.

“On a not so chance encounter of neurophilosophy and science studies in a sleep laboratory,” by Nicolas Langlitz. The abstract reads,

This article was inspired by participant observation of a contemporary collaboration between empirically oriented philosophers of mind and neuroscientists. An encounter between this anthropologist of science and neurophilosophers in a Finnish sleep laboratory led to the following philosophical exploration of the intellectual space shared by neurophilosophy and science studies. Since these fields emerged in the 1970s, scholars from both sides have been visiting brain research facilities, but engaged with neuroscientists very differently and passionately fought with each other over the reduction of mind to brain. As a case in point, this article looks at the philosophical controversy over the dreaming brain. It serves as a window on the problem space opened up by the demise of positivist conceptions of science, now inhabited by both neurophilosophy and science studies. Both fields face the problem of how to bridge the gap between empirical research and conceptual work. At a time when ontological speculation has made a comeback in these areas of research, studies on how epistemic objects manifest themselves in the material culture of neuroscience could help neurophilosophers to become better materialists. In the sleep laboratory, however, the materiality of dreams continues to be elusive. In dreaming science studies and neurophilosophy encounter a phenomenon that – at least in 2015 – still invites a positivist rather than a materialist attitude.

Psychologist Peter Hegarty, of the University of Surrey, has interviewed English scholar Garrett Sullivan, of Pennsylvania State University, on the history of sleep. From ideas about sleep in the age of Shakespeare to Descartes to Freud, Hegarty and Sullivan discuss our changing understandings of sleep and embodiment across the centuries. The full video is featured above.

In the latest issue of History of the Human Sciences, 21(3), Giovanni Pietro Lombardo and Renato Foschi review the forgotten contributions of Sante De Sanctis (pictured left).

Sante De Sanctis (1862-1935), a pioneer of psychology in Rome at the end of the 19th century, applied methods from the expanding field of experimental psychology to the study of dreams, which was considered one of the leading ways to gain an understanding of normal and pathological psychic life. Taking inspiration from several traditions, De Sanctis proposed a study that anticipated a scientific program that also differentiated between contemporary psychoanalytical interpretations according to which previous dream psychology was considered a ‘dark forest’. On the contrary, the multi-faceted methodology that he adopted for the study of an, until then, marginal phenomenon of the ‘new’ psychology, represented an element of originality that also included the elaboration of a psycho-physiological theory of dreams. Although the Italian psychologist’s work on dreams was characterized by these important methodological changes, it disappeared from the references of those who contributed to the foundation of modern dreaming psychology after the Second World War. The present article places De Sanctis’ psychology of dreams in its scientific context and singles out its originality while also analyzing the reasons for its marginalization.

AHP has previously discussed the history of dreaming as part of our coverage of Kenton Kroker’s new book on the history of sleep. We had also previously mentioned the recent Wellcome Exhibit on sleep and dreaming, but — regrettably — the links we provided no longer work. If you have a live link, either to the exhibit or to media coverage that discusses it in detail, please add this resource as a comment below.

Mind Hacks, once again, brings to light an event of interest:

London’s newest science museum, the Wellcome Collection, has just kicked off what looks to be a fantastic exhibition on the art and science of sleeping and dreaming.

It runs until March 2008 and aims to illustrate how we’ve understood sleep through the ages, as well as the contemporary science of this still mysterious state.

For the rest of the item, go here. 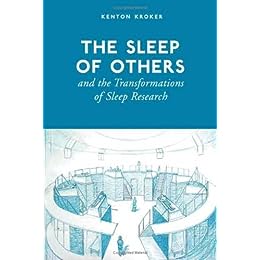 Sleep is something that almost all of us need more of. And thus, increasingly, sleep is coming to be seen as a medical issue, complete with disorders, treatments, laboratories, research, etc. A new book on the history of sleep research has been written by Kenton Kroker entitled, The Sleep of Others and the Transformations of Sleep Research (U. Toronto Press, 2007). Kroker, of the new York U. Science & Technlogy Studies program, covers the gamut of sleep-related phenomena, from the dream interpretation arts of the ancient world to today’s high-tech investigation of the activities of the (supposedly) sleeping brain. According to the books blurb: END_OF_DOCUMENT_TOKEN_TO_BE_REPLACED