An article forthcoming in the British Journal for the History of Science, now available online, may be of interest to AHP readers: “Science and self-assessment: phrenological charts 1840–1940,” by Fenneke Sysling. Abstract:

This paper looks at phrenological charts as mediators of (pseudo-)scientific knowledge to individual clients who used them as a means of self-assessment. Phrenologists propagated the idea that the human mind could be categorized into different mental faculties, with each particular faculty represented in a different area of the brain and by bumps on the head. In the US and the UK popular phrenologists examined individual clients for a fee. Drawing on a collection of phrenological charts completed for individual clients, this paper shows how charts aspired to convey new ideals of selfhood by using the authority of science in tailor-made certificates, and by teaching clients some of the basic practices of that science. Hitherto historians studying phrenology have focused mainly on the attraction of the content of phrenological knowledge for the wider public, but in this paper I show how the charts enabled clients to participate actively in creating knowledge of their own bodies and selves.

The July 2015 issue of History of the Human Sciences is now online. Among the articles in this issue are one’s on Durkheim’s followers, psychologist Mark May’s influence on the Institute of Human Relations at Yale University, and the relationship between neurofeedback and the self. Full titles, authors, and abstracts follow below.

“On equal temperament: Tuning, modernity and compromise,” by Michael Halewood. The abstract reads,

In this article, I use Stengers’ (2010) concepts of ‘factish’, ‘requirements’ and ‘obligations’, as well as Latour’s (1993) critique of modernity, to interrogate the rise of Equal Temperament as the dominant system of tuning for western music. I argue that Equal Temperament is founded on an unacknowledged compromise which undermines its claims to rationality and universality. This compromise rests on the standardization which is the hallmark of the tuning system of Equal Temperament, and, in this way, it is emblematic of Latour’s definition of modernity. I further argue that the problem of the tuning of musical instruments is one which epitomizes the modern distinction between the natural and the social. In turn, this bears witness to what Whitehead calls the ‘bifurcation of nature’. Throughout this article, using the work of Stengers and Latour, I seek to use tuning as a case study which allows social research to talk both of the natural and of the social aspects of music and tuning, without recourse to essentialism or simple social construction. In this way, my argument seeks to avoid bifurcating nature.

“Young Durkheimians and the temptation of fascism: The case of Marcel Déat,” by Mathieu Hikaru Desan and Johan Heilbron. The abstract reads, END_OF_DOCUMENT_TOKEN_TO_BE_REPLACED

AHP readers may be interested to know about the recently published book, The Psychology of Personhood: Philosophical, Historical, Social-Developmental, and Narrative Perspectives, edited by Jack Martin and Mark H. Bickhard.

As described by the book’s title, the included essays cover a range of aspects, and are meant to provide “both an introduction to the psychology of personhood, and an invitation to participate in it” (p. 16). Of particular interest to AHP readers is the “Historical Perspectives” section, including essays by Kurt Danziger, Jeff Sugarman, and James T. Lamiell. With topics from ‘critical personalism’, to ‘historical ontology’, to ‘identity and narrative’, this collection of essays will please historians, theorists, and those in between who have any interest in a psychology of persons that is neither fixated on traits nor statistical methods. 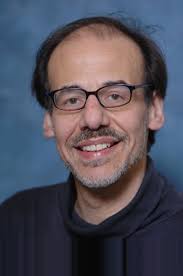 Considering the case of Juan de Vilanova y Piera, often celebrated as the first scientist to accept the prehistoric antiquity of palaeolithic paintings, we explore some of the problems related to the concept of ‘precursor’ in the field of the history of science. In the first section, we propose a brief history of this notion focusing on those authors who have reflected critically on the meaning of predecessors. In the second section, the example of Vilanova illustrates the ways in which historians of science have created precursors. From the vantage of modern science, precursors have traditionally been defined as those who first indicated or announced ideas or theories later accepted by the scientific community. As a result, they have been represented as ‘heroes’ struggling hard to defeat the ignorance of their time. END_OF_DOCUMENT_TOKEN_TO_BE_REPLACED