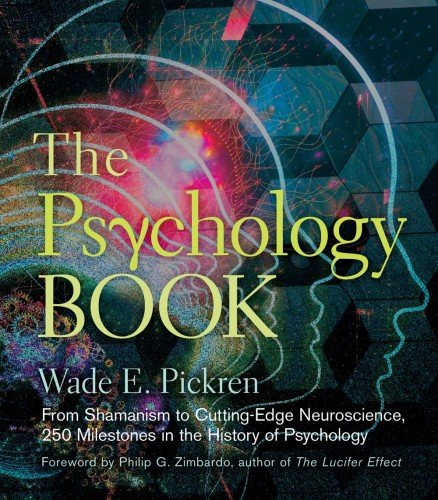 A new book by Wade Pickren, editor of History of Psychology, is now available. The Psychology Book profiles 250 milestone in the history of psychology and features a foreword by Philip Zimbardo. The book is described as follows,

What could be more fascinating than the workings of the human mind? This stunningly illustrated survey in Sterling’s Milestones series chronicles the history of psychology through 250 landmark events, theories, publications, experiments, and discoveries. Beginning with ancient philosophies of well-being, it touches on such controversial topics as phrenology, sexual taboos, electroshock therapy, multiple personality disorder, and the nature of evil.

A perfect book for every psychologist’s coffee table!

The July/August 2011 issue of Stanford Magazine has been published online, and includes an article, The Menace Within, on the fate of those involved in the Stanford Prison Experiment (SPE). The SPE was undertaken in August 1971 by psychologist Philip Zimbardo at Stanford University, and saw university student participants assigned to the role of either prisoner or guard within the confines of a “prison” environment. After six days the experiment was shut down as the situation between the prisoners and guards deteriorated. As the article describes,

The public’s fascination with the SPE and its implications—the notion, as Zimbardo says, “that these ordinary college students could do such terrible things when caught in that situation” —brought Zimbardo international renown. It also provoked criticism from other researchers, who questioned the ethics of subjecting student volunteers to such extreme emotional trauma. The study had been approved by Stanford’s Human Subjects Research Committee, and Zimbardo says that “neither they nor we could have imagined” that the guards would treat the prisoners so inhumanely.

In 1973, an investigation by the American Psychological Association concluded that the prison study had satisfied the profession’s existing ethical standards. But in subsequent years, those guidelines were revised to prohibit human-subject simulations modeled on the SPE. “No behavioral research that puts people in that kind of setting can ever be done again in America,” Zimbardo says.

In addition to featuring interviews with Zimbardo and some of the other researchers involved in the SPE, the article features interviews with some of the individuals who acted as prisoners and guards in the experiment. The full piece can be read online here.

The tracking down of participants of infamous psychological experiments is nothing new. Participants in Stanley Milgram’s obedience to authority experiments have been tracked down, and research into the fate of John Watson’s famous subject, Little Albert, continues.