In the mid-1940s, in the aftermath of World War II, psychologist David Boder (left) undertook a series of interviews with survivors of the Holocaust, a project that ultimately resulted in over 90 hours of audio recordings. Boder himself published exerts from these interviews, alongside his analysis, in the 1949 book I Did Not Interview the Dead.

Boder’s work is now the basis of a digital archive, Voices of the Holocaust. The project aims “to provide a permanent digital archive of digitized, restored, transcribed, and translated interviews with Holocaust survivors conducted by Dr. David P. Boder in 1946, so that they can be experienced by a global audience of students, researchers, historians, and the general public.” To this end both audio and transcriptions of his interviews can be found on the site.

The Voices of the Holocaust website also features a biography of Boder, which includes discussion of how he came to undertake this project and what the interviews themselves involved. As the site describes,

Arriving in Paris in late July, Boder would spend the next two months interviewing 130 displaced persons in nine languages and recording them on a state-of-the-art wire recorder. The interviews were among the earliest (if not the earliest) audio recordings of Holocaust survivors. They are today the earliest extant recordings, valuable not only for the testimonies of survivors and other DPs, but also for the song sessions and religious services that Boder recorded at various points during the expedition.

…. Boder left Europe in early October, having recorded over ninety hours of material and completely used up the two hundred spools of wire that he had brought with him.

Most of the interviews were conducted with Eastern European Jews, and of these the majority were from Poland. Yet Boder was keen on speaking to many different kinds of groups: Western European Jews (including six Greek Jews that did not fit neatly in either category) number close to twenty. His interviewees thus covered the extreme ends of the spectrum of modern Jewish experience, from passionately Torah-observant Jews who hailed from great yeshiva centers in Lithuania, to assimilated German Jews married to non-Jewish spouses. Most, however, fell somewhere in between. When it came to war time experience, the greater part—whether Eastern or Western, Hungarian or Greek—had ended up in labor or concentration camps. The terrible rigors were what Boder believed his American audience needed an education about: “We know very little in America about the things that happened to you people who were in concentration camps,” was how Boder would orient his narrator to the task and purpose of the interview. But such a mandate did not stop Boder from interviewing over twenty Jews who had not been in the camps. Their stories—of enduring the privation of ghettos, of hiding in woods or on farms, of fleeing to or fighting for Russia—presumably qualified as the “not unusual stories” that Boder said he was seeking and could similarly perform the task of educating an audience across the ocean.

Tip ‘o the hat to the Center for the History of Psychology’s Facebook page for bringing this resource to our attention. Included in the Center’s collections is the Peirce Wire Recorder Boder used in his interviews.

The Society for Research in Child Development (SRCD) has just posted online a number of transcripts from its Oral History Project. Over the course of its 25 year history, the SRCD Oral History Project has interviewed 135 important scholars in the field of child development. Now online are 16 interviews with individuals such as Mary Ainsworth, Eleanor Gibson, and Jerome Kagan (left). A full list of the available oral history transcripts is provided below and efforts are underway to post transcripts of further SRCD oral histories. For those interested in the history of developmental psychology, these interviews will undoubtedly prove an invaluable window into the field.

Launched 25 years ago, the Oral History Project of SRCD is now available on this website to members of the Society as well as other interested scholars.  Interviews of 135 major figures in the fields of child development and child psychology, as well as other related fields, are included in the collection.  Sixteen of some of the earliest obtained oral histories are posted here and others will be incorporated in the near future.  Each person was interviewed by someone whom he/she selected, and the recordings were then transcribed, edited for accuracy, and approved before inclusion in the collection.  Some scholars in this project are now deceased, while others are alive and well; many played key roles in the governance or service of SRCD.  Approximately 50 more interviews are now in progress.

The transcripts in this project should be of interest for a variety of reasons, including instruction both at the undergraduate and graduate levels. Scholars interested in historical roots and trends in the field and those concerned about the emergence of research, policy, and practice concerning children and families will find a wealth of informative history in these interview transcripts.  An example of how the transcripts may be used is the article by Claire E. Cameron and John W. Hagen (2005), “Women in child development: Themes from the SRCD Oral History Project” (History of Psychology, 8, 289-314, 2005), in which quantitative and qualitative analyses were conducted on 47 early oral histories of women who became leading scholars and spokespersons in child development.

Transcripts of interviews with the following individuals are currently available on the SRCD Oral History Project webpage.

Tip’o the hat to Cathy Faye for bringing this to AHP’s attention. 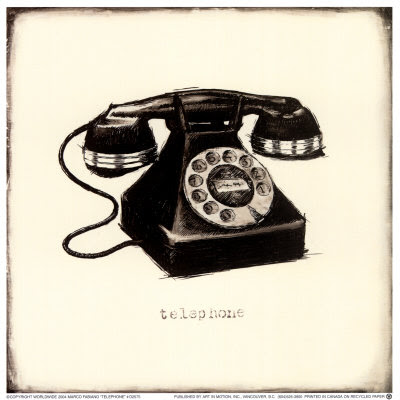 The University of Oklahoma library has made available on its website the audio of the Bass Business Oral Histories. These oral histories consist of telephone interviews conducted by Professor Arthur G. Bedeian and his class of Ph. D. students. Among those interviewed are: industrial psychologist Frank Gilbreth, behaviorist B. F. Skinner, industrial psychologist Bernard M. Bass, and organizational psychologist Richard E. Boyatzis. Also interviewed are psychologist, and daughter of Kurt Lewin, Miriam Lewin, as well as business professor Alfred A. Bolton, whose work included research on the Hawthorne studies. In all, there are more than 25 oral histories freely available on the website.