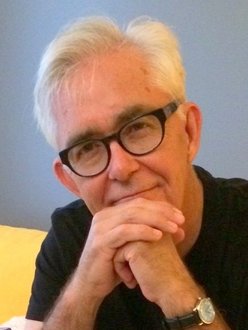 AHP readers may be interested in the most recent issue of Theory & Psychology, a special issue devoted to “Psychology in the Social Imaginary of Neoliberalism.” Guest edited by Wade Pickren (right), the articles in the issue are currently available open access. Full titles, authors, and abstracts below.

“Psychology in the social imaginary of neoliberalism: Critique and beyond,” by. Wade E. Pickren. Abstract:

This is an introduction to the special issue on the impact of neoliberalism on the sociality, politics, and governmentality of contemporary psychological life. The articles suggest that Euro-American psychology writ large has not been a force for human freedom. Still, the articles are additional evidence of the historical and current lines of resistance and activism that indicate a move toward an emancipatory psychology.

“Homo neoliberalus: From personality to forms of subjectivity,” by Thomas Teo. Abstract:

Based on a Neo-Sprangerian approach to forms of life in Western cultures, and drawing on humanities-based ideas about personality, a critical-hermeneutic description of a neoliberal form of life and its corresponding form of subjectivity is presented. In the neoliberal form of subjectivity, the self becomes central, but in a way that the distinction between an ego and the self is no longer relevant. Neoliberal thinking is reduced to utilitarian, calculating thinking in all domains of life from work, to interaction, and to identity. Feeling is considered to be more relevant than thinking and is used to manage stress while aiming for happiness, which is core to this subjectivity. It is argued that agency is reduced to self- and family-interests while consequences for the conduct of life are presented. Concepts such as new nihilism, reduction of individuality, and (im)possibility of resistance in neoliberalism are discussed.