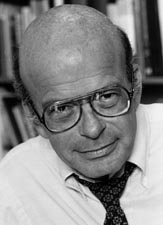 To ensure their safety, the fake patients checked in via text message every three hours, and they carried letters identifying them as plants. END_OF_DOCUMENT_TOKEN_TO_BE_REPLACED