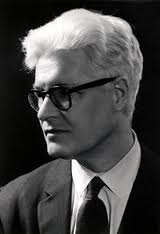 The most recent issue of Transcultural Psychiatry includes a piece on Henri Ellenberger and transcultural psychiatry that may interest AHP readers. Full details follow below.

“On the history of cultural psychiatry: Georges Devereux, Henri Ellenberger, and the psychological treatment of Native Americans in the 1950s,”  by Emmanuel Delille. The abstract reads,

Henri Ellenberger (1905–1993) wrote the first French-language synthesis of transcultural psychiatry (“Ethno-psychiatrie”) for the French Encyclopédie Médico-Chirurgicale in 1965. His work casts new light on the early development of transcultural psychiatry in relation to scientific communities and networks, particularly on the role of Georges Devereux (1908–1985). The Ellenberger archives offer the possibility of comparing published texts with archival ones to create a more nuanced account of the history of transcultural psychiatry, and notably of the psychological treatment of Native Americans. This paper examines some key moments in the intellectual trajectories of Devereux and Ellenberger, including Devereux’s dispute with Ackerknecht, the careers of Devereux and Ellenberger as therapists at the Menninger Foundation (Topeka, Kansas) in the 1950s, and their respective positions in the research network developed by McGill University (Montreal, Quebec) with the newsletter Transcultural Research in Mental Health Problems. Finally, I consider their ties to other important figures in this field as it transitioned from colonial medicine to academic medicine, including Roger Bastide (France), Henri Collomb and the Ortigues (France and Africa), as well as Eric Wittkower and Brian Murphy (Canada) and Alexander Leighton (United States and Canada).