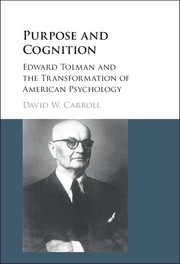 The December issue of the American Psychological Association‘s Monitor on Psychology is now online. This month’s Time Capsule section features a piece, “Lessons from Bird Brains,” by Cathy Faye on the work of Eckhard Hess on imprinting. Faye writes,

In the 1950s, Hess and A.O. Ramsay, a high school biology teacher from Maryland, began studying imprinting in the laboratory with papier-mâché mallard ducks fitted with off-center wheels that mimicked waddling. The researchers created a great variety of model ducks to experiment with, including ducks with moving heads and ducks with built-in heaters.

By means of pulleys and cords operated from a distance, Hess and his colleagues released newly hatched ducklings from a small cardboard box. The model duck would emit a sound — either a tape-recorded duck call or a human mimicking one — and move around a runway via a motorized arm. Levers on the runway floor kept track of the ducklings’ steps to measure their following behavior. At the end of the experiment, a trap door in the runway’s floor returned the ducklings to their box.

Studying too hard is bad for your health, according to a book by the 18th-century physician Samuel Tissot entitled Diseases Incidental to Literary and Sedentary Persons, with Proper Rules for Preventing Their Fatal Consequences, and Instructions for Their Cure. The Guardian‘s Marc Abrahams, who writes a regular column entitled “Improbable Research” has just posted a dispatch about Tissot’s book, which reports on a number of nasty encounters between the human body and concentrating on any one subject for too long.

[Philosopher Nicolas] Malebranche was seized with dreadful palpitations with reading Descartes’s Man; and there is still living in Paris a professor of rhetoric who fainted away whilst he was perusing some of the sublime passages of Homer. END_OF_DOCUMENT_TOKEN_TO_BE_REPLACED