Cheiron: The International Society for the History of the Behavioral and Social Sciences has announced their 2017 Book Prize winner. Congratulations to Susanna Blumenthal!

Cheiron awards the 2017 Cheiron Book Prize to Susanna L. Blumenthal (Julius E. Davis Professor of Law and Associate Professor of History at the University of Minnesota) for Law and the Modern Mind: Consciousness and Responsibility in American Culture (Harvard University Press, 2016). Dr. Blumenthal’s book contributes much to our understanding of the quandaries that lawyers and jurists faced and explored as they considered the appropriate legal relations between human activity and culpability, particularly over the course of the nineteenth century.

During the early years of the American republic, as the precedents following from inherited position fell away, jurists found themselves having to consider matters of standing, evidence, and responsibility in new ways. In doing so, they found that human subjectivity took on new consequences. Well into this process, Associate Justice Oliver Wendell Holmes Jr. wrote in 1894, “In a proper sense the state of a man’s consciousness always is material to his liability.” Relying on extensive knowledge of the primary sources (including routine civil and criminal cases), Blumenthal provides historians, psychologists, anthropologists, and other readers with an invigorated understanding of the emergence of refined notions of the individual (generally white men, at that time): they became singular legal persons, and there were circumstances by which such legal persons could be held culpable for their actions or culpability might be limited due to mental impairments of various sorts.

Blumenthal’s prose is lucid and subtle. Her exposition is both magisterial and thought-provoking. For example, the historical examination of the jurisprudence of insanity illuminates contemporary attitudes toward ‘others’—children, women, and slaves.

The 2017 Cheiron Book Prize will be formally presented at the annual meeting of Cheiron, June 22-25, at Mississippi State University, Starkville.

New Books Network (NBN) has released an interview with legal historian Susanna L. Blumenthal on her recent book, Law and the Modern Mind: Consciousness and Responsibility in American Legal Culture. As  NBN describes,

Blumenthal offers a historical examination of the jurisprudence of insanity, legal capacity, and accountability from post-revolutionary America through the nineteenth century. Americans struggling to set the boundaries of ordered liberty turned to Common Sense philosophy that held to divinely given rational faculties of intellect, volition, and moral sense. Republican citizenship assumed that a reasonable man, as a legal person, would act accordingly. The market economy of self-made men, the new field of medical psychology, will and contract challenges over wealth and property, tort law and increased liability claims exposed the inadequacy of social and political norms in defining human fallibility, and the limits of responsibility. Litigants, lawyers, judges, and medical experts struggled to find a reliable way to settle issues of mental competency and define the bounds of freedom. The incapacity of married women, children, and slaves provided a means of comparison for the male citizen involving metaphysical, political, social, and economic ideas wrapped up in the concept of self-government. Blumenthal has produced a remarkable piece of intellectual and legal history situated in the rapidly changing market environment of a young republic. Now available free online is the article, “How personality became treatable: The mutual constitution of clinical knowledge and mental health law.” In this article, published in the February 2013 issue of Social Studies of Science, sociologist of science, technology, and medicine Martyn Pickersgill (right), of the University of Edinburgh, describes the move toward treating personality disorders in the United Kingdom and the role of the legal system in such changes. The abstract reads,

In recent years, personality disorders – psychiatric constructs understood as enduring dysfunctions of personality – have come into ever-greater focus for British policymakers, mental health professionals and service-users. Disputes have focussed largely on highly controversial attempts by the UK Department of Health to introduce mental health law and policy (now enshrined within the 2007 Mental Health Act of England and Wales). At the same time, clinical framings of personality disorder have dramatically shifted: once regarded as untreatable conditions, severe personality disorders are today thought of by many clinicians to be responsive to psychiatric and psychological intervention. In this article, I chart this transformation by means of a diachronic analysis of debates and institutional shifts pertaining to both attempts to change the law, and understandings of personality disorder. In so doing, I show how mental health policy and practice have mutually constituted one another, such that the aims of clinicians and policymakers have come to be closely aligned. I argue that it is precisely through these reciprocally constitutive processes that the profound reconfiguration of personality disorder from being an obdurate to a plastic condition has occurred; this demonstrates the significance of interactions between law and the health professions in shaping not only the State’s management of pathology, but also perceptions of its very nature.

The full article can be downloaded for free here.

A September 27 editorial in the New York Times calls on the US Congress to pass legislation that will force pharmaceutical companies to publicly disclose all payments they make to physicians. As the editorial puts it, “Patients need to know that doctors are prescribing particular drugs for sound medical reasons — not because drug companies have bought their doctors’ loyalty.”

The editorial follows an exposé the New York Times published this past July (see the AHP report) in which it was revealed that “nearly 1/3 of the [American Psychiatric Association’s] budget comes directly from the pharmaceutical industry, in the form of journal ads, convention exhibits, and the sponsoring of fellowships, conferences, and symposia.” END_OF_DOCUMENT_TOKEN_TO_BE_REPLACED

In a recent issue of Science as Culture, 17(2), Matthew J. Tontonoz compares the recent “evolution wars” with a revival of the historic Scopes trial of 1925. In this formulation, William Jennings Bryan — who had served as the Democratic presidential nominee in 1896, 1900, and 1908 — plays the role presently adopted by, as Tontonoz puts it, “today’s creationists and proponents of intelligent design.”

Using Bryan’s unread closing remarks as a key to his views, this revisionist historical work argues that Bryan opposed evolution primarily for political and ethical reasons–reasons that have been lost to historical memory. Bryan’s overarching concern was the threat to society posed by extrapolations of evolutionary doctrine–namely, Social Darwinism and eugenics. His commitment to the Social Gospel put him at odds with the concept of natural selection being applied to humans. This view of Bryan differs from the one with which we are most familiar. Our faulty historical memory largely reflects the caricatured view of Scopes spawned by the movie Inherit the Wind, a view that, furthermore, reinforces an unhelpful positivistic view of science. 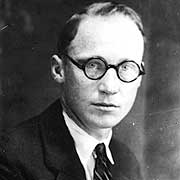 The conviction was later overturned by the Tennessee Supreme Court. Often forgotten, however, is that the Supreme Court rejected Scopes’ defense team’s arguments that the statute on which the conviction was based violated the Establishment clause of the U. S. Constitution (“Congress shall make no law respecting an establishment of religion….”), END_OF_DOCUMENT_TOKEN_TO_BE_REPLACED

According to the “Today in the History of Psychology” website, the first U.S. eugenic sterilization law was enacted by the Indiana legislature on March 9, 1907. “The law provided for sterilization of ‘confirmed criminals, idiots, imbeciles, and rapists.'” Indiana was not the first US state to attempt a compulsory sterilization law. A bill was introduced in the Michigan legislature in 1897 but failed to pass. Pennsylvania legislators passed a sterilization bill in 1905, but it was vetoed by the governor. The legislative success in Indiana was repeated in 1909 with similar laws in Washington and California. Thirty other states soon followed suit.

END_OF_DOCUMENT_TOKEN_TO_BE_REPLACED

In the most recent issue of Isis (vol. 98, no. 2), Alison Winter discusses the contested and problematic status of psychological expertise in courts of law.

This essay discusses the yoked history of witnessing in science and the law and examines the history of attempts, over the past century, to use science to improve the surety of witness testimony. It examines some of these projects, particularly in the 1960s and 1970s. END_OF_DOCUMENT_TOKEN_TO_BE_REPLACED