Introduction: “Cinema and Neuroscience: Development and Application of Cinematography in the Field of the Neurosciences,” by Geneviève Aubert. No abstract.

“Capturing Motion and Depth Before Cinematography,” by Nicholas J. Wade. The abstract reads,

Visual representations of biological states have traditionally faced two problems: they lacked motion and depth. Attempts were made to supply these wants over many centuries, but the major advances were made in the early-nineteenth century. Motion was synthesized by sequences of slightly different images presented in rapid succession and depth was added by presenting slightly different images to each eye. Apparent motion and depth were combined some years later, but they tended to be applied separately. The major figures in this early period were Wheatstone, Plateau, Horner, Duboscq, Claudet, and Purkinje. Others later in the century, like Marey and Muybridge, were stimulated to extend the uses to which apparent motion and photography could be applied to examining body movements. These developments occurred before the birth of cinematography, and significant insights were derived from attempts to combine motion and depth.

“The Dercum-Muybridge Collaboration and the Study of Pathologic Gaits Using Sequential Photography,” by Douglas J. Lanska. The abstract reads, END_OF_DOCUMENT_TOKEN_TO_BE_REPLACED

A new issue of Journal of the History of the Neuroscience is now online. Included in this issue are articles on psychosurgery as a transnational movement, artists and phantom limbs, and sex and gender in organology. Full titles, authors, and abstracts follow below.

“A Transnational Perspective on Psychosurgery: Beyond Portugal and the United States,” by Brianne M. Collinsa & Henderikus J. Stam. The abstract reads,

The history of psychosurgery is most often recounted as a narrative wherein Portuguese and American physicians play the leading role. It is a traditional narrative in which the United States and, at times, Portugal are central in the development and spread of psychosurgery. Here we largely abandon the archetypal narrative and provide one of the first transnational accounts of psychosurgery to demonstrate the existence of a global psychosurgical community in which more than 40 countries participated, bolstered, critiqued, modified and heralded the treatment. From its inception in 1935 until its decline in the mid-1960s, psychosurgery was performed on almost all continents. Rather than being a phenomenon isolated to the United States and Portugal, it became a truly transnational movement. A new issue of the Journal of the History of the Neurosciences has just been released online. Among the topics addressed in the articles featured in this issue are the work of Swedish neurologist Salomon Henschen (right) to establish an international neurological academy in the late 1920s, taraexin theory of schizophrenia, Robert Bentley Todd’s work on nerve cells, and Franz Joseph Gall’s visit to the Netherlands during his 1805 cranioscopic tour. Full titles, authors, and abstracts follow below.

“Salomon Henschen’s Short-Lived Project of an ‘Academia Neurologica Internationalis’ (1929) For the Revival of the International Brain Commission: Documents from the Cécile and Oskar Vogt Archives,” by Bernd Holdorff. The abstract reads,

In 1929, at the age of 82, the Swedish neurologist Salomon Henschen (1847-1930) planned an Academia Neurologica Internationalis. The exchanged letters with Ceacutecile and Oskar Vogt suggest that there was a great number of neuroscientists internationally who approved of the project. However, during three months of preparation, the initial skepticism increased and, although the invitation to the conference had already been printed, it had to be revoked. The endeavors to revive the Brain Commission failed. Two other projects nonetheless did take shape: the founding of one of the largest and most modern brain research institutes in 1931 by the Vogts and the first International Neurological Congress in Berne that same year. For decades, the Brain Commission remained without successors until the International Brain Research Organization (IBRO) was founded in 1961. END_OF_DOCUMENT_TOKEN_TO_BE_REPLACED

The Journal of the History of the Neurosciences‘s first issue of 2011 has just been released online. Included in this issue are seven all new articles. Among the topics addressed in these articles are the vision research of William Wells, anthropological neurology, the origins of the concept of the “dreamy state,” early twentieth century work on recovery after cortical lesions, the early understanding of “psychic blindness” or visual agnosia, and the original meaning of the term “lunatic”. Titles, authors, and abstracts follow below.

William Charles Wells retained an interest in vision throughout his life. His first book was on single vision with two eyes; he integrated vision and eye movements to determine principles of visual direction. On the basis of experiments and observations he formulated three principles of visual direction, which can readily be demonstrated. In the course of these studies, he also examined visual acuity, accommodation and convergence, visual persistence, and visual vertigo. Insights into visual processing were mainly derived from observations of afterimages that were used to provide an index of how the eyes moved. His experiments enabled him to distinguish between the consequences of active and passive eye movements (later called outflow and inflow) as well as describing nystagmus following body rotation. After providing a brief account of Wells’s life, his neglected research on vision is described and assessed. 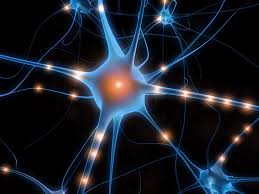 A new issue of the Journal of the History of the Neurosciences has just been released online. The issue includes articles on the late-nineteenth century reception of neuron theory, cases of phantom penis in the late-eighteenth and early nineteenth centuries, among other topics. Titles, authors, and abstracts follow below.

Interest in sensations from removed body parts other than limbs has increased with modern surgical techniques. This applies particularly to operations (e.g., gender-changing surgeries) that have resulted in phantom genitalia. The impression given in modern accounts, especially those dealing with phantoms associated with penis amputation, is that this is a recently discovered phenomenon. Yet the historical record reveals several cases of phantom penises dating from the late-eighteenth century and the early-nineteenth century. These cases, recorded by some of the leading medical and surgical figures of the era, are of considerable historical and theoretical significance. This is partly because these phantoms were associated with pleasurable sensations, in contrast to the loss of a limb, which for centuries had been associated with painful phantoms. We here present several early reports on phantom penile sensations, with the intent of showing what had been described and why more than 200 years ago. END_OF_DOCUMENT_TOKEN_TO_BE_REPLACED