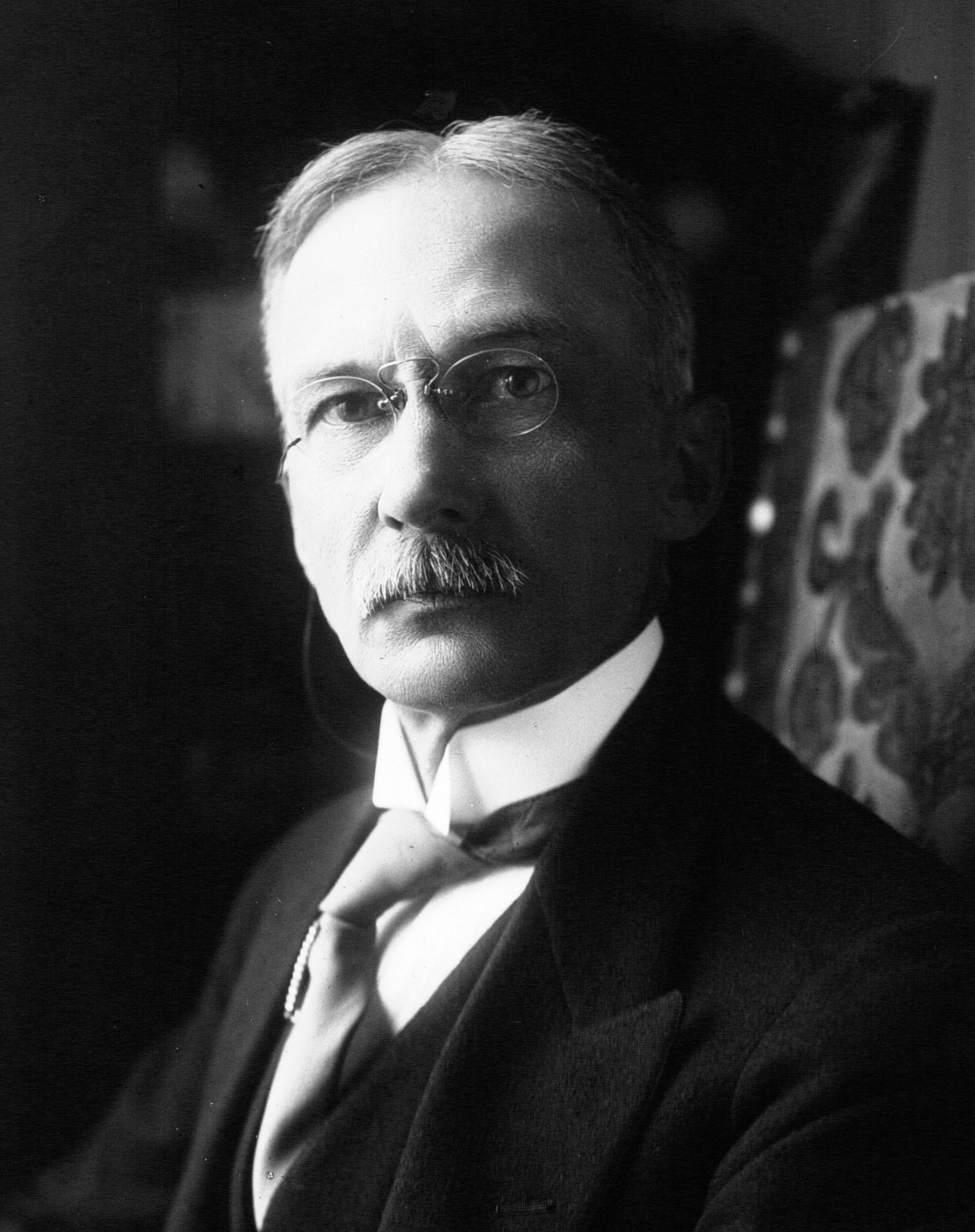 The November 2013 issue of History of Psychology is now online. Included in this issue is an article on the sex scandal that led James Mark Baldwin (right) to resign from Johns Hopkins University in 1909. Written by longtime Baldwin scholar Robert Wozniak (along with Jorge Santiago-Blay), the piece describes in detail the circumstances surrounding Baldwin’s arrest in a Baltimore bordello. The issue also includes a digital exploration of the contents of G. Stanley Hall’s American Journal of Psychology and Pedagogical Seminary (by AHP bloggers Jacy Young and Christopher Green), a piece documenting the conceptual history of Einfühlung (or empathy),  and an article on the research possibilities of the Society for the History of Psychology’s History of Psychology Newsletter. Full titles, authors, and abstracts follow below.

“Trouble at Tyson Alley: James Mark Baldwin’s arrest in a Baltimore bordello,” by Robert H. Wozniak and Jorge A. Santiago-Blay. The abstract reads,

In June 1908, James Mark Baldwin, then Professor of Psychology and Philosophy at Johns Hopkins University and at the pinnacle of his career, was arrested in a Baltimore house of prostitution. Although he insisted on both his legal and moral innocence and all legal charges against him were dismissed, the threat of scandal led Hopkins authorities to demand Baldwin’s resignation and Baldwin to remove himself and his family permanently to France. While this is one of the most notorious events in the early history of American psychology, almost nothing has been known about the incident itself, because both Baldwin and Hopkins took great pains to keep these details private. Based on court records, contemporary newspaper accounts, and archival materials in the Presidential Records at Hopkins and elsewhere, it is now possible to reconstruct the events of 1908 and their aftermath in detail. This article describes these occurrences; places them in the context of Baldwin’s life, personality, and career; presents newly obtained information on the immediate consequences of the arrest, including circumstances leading to Baldwin’s forced resignation; and describes the long-term impact of Baldwin’s removal from the United States. Although no definitive conclusion with regard to Baldwin’s guilt or innocence can be reached, we conclude by contrasting the treatment received at the hands of his colleagues in psychology with the lifelong support received from his wife and family, and suggest that Baldwin may have been the victim of a premature rush to judgment.