“Localizationism, antilocalizationism, and the emergence of the unitary construct of consciousness in Luigi Luciani (1840–1919),” by Giorgia Morgese, Giovanni PietroLombardo, and Vilfredo De Pascalis. Abstract: END_OF_DOCUMENT_TOKEN_TO_BE_REPLACED

Adrian Brock‘s new piece in the February 2016 edition of the Monitor on Psychology looks at the differing professional experiences of Karl and Charlotte Bühler. He emphasizes how comparison of their respective careers provide examples of the ways that disciplinary reception of theory and research is context bound.

An excerpt from the article:

These local differences continue to exist. It might seem surprising that someone can be regarded as a major figure in the history of psychology on one side of the Atlantic and virtually unknown on the other, but this situation is not at all unusual. The only thing that makes Karl Bühler stand out from the others is that he spent the last 23 years of his life in one of the countries where he is virtually unknown.

The July 2015 issue of History of the Human Sciences is now online. Among the articles in this issue are one’s on Durkheim’s followers, psychologist Mark May’s influence on the Institute of Human Relations at Yale University, and the relationship between neurofeedback and the self. Full titles, authors, and abstracts follow below.

“On equal temperament: Tuning, modernity and compromise,” by Michael Halewood. The abstract reads,

In this article, I use Stengers’ (2010) concepts of ‘factish’, ‘requirements’ and ‘obligations’, as well as Latour’s (1993) critique of modernity, to interrogate the rise of Equal Temperament as the dominant system of tuning for western music. I argue that Equal Temperament is founded on an unacknowledged compromise which undermines its claims to rationality and universality. This compromise rests on the standardization which is the hallmark of the tuning system of Equal Temperament, and, in this way, it is emblematic of Latour’s definition of modernity. I further argue that the problem of the tuning of musical instruments is one which epitomizes the modern distinction between the natural and the social. In turn, this bears witness to what Whitehead calls the ‘bifurcation of nature’. Throughout this article, using the work of Stengers and Latour, I seek to use tuning as a case study which allows social research to talk both of the natural and of the social aspects of music and tuning, without recourse to essentialism or simple social construction. In this way, my argument seeks to avoid bifurcating nature.

“Young Durkheimians and the temptation of fascism: The case of Marcel Déat,” by Mathieu Hikaru Desan and Johan Heilbron. The abstract reads, END_OF_DOCUMENT_TOKEN_TO_BE_REPLACED 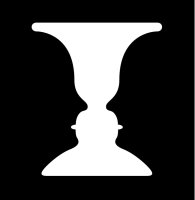 Three years after the Wertheimers had left, der Fuehrer paid the City an official visit. A rally was to be held in the largest in-door venue (die Festhalle) on the City’s fairgrounds. END_OF_DOCUMENT_TOKEN_TO_BE_REPLACED

Cognitive Daily‘s “History Week” continued yesterday with a summary of Max Wertheimer’s 1925 classic Gestalt article, “Laws of organization in perceptual forms.” (Actually it is the translation that appears in W. E. Ellis’ A Source Book of Gestalt Psychology. (Humanities Press, 1955). Perception researcher Alison Sekuler tells me that it is abridged and quite different from the original — so different that she is in fact planning to publish a new translation of the full original at some point, along with some historical commentary.)

The CD account includes some simple but effective animated graphics to demonstrate how the perceptual grouping of objects changes as their spatial relations change. END_OF_DOCUMENT_TOKEN_TO_BE_REPLACED

Mary Henle has died at the age of 94. Dr. Henle was the sixth president of the History of Psychology Division of the APA (1971-72), and was a prominent historian of psychology and Gestalt psychologist.

Michael Wertheimer wrote of her:

Mary Henle, Gestalt psychologist, experimental psychologist, historian of psychology, and incisive critic of psychological theory, has been publishing influential works steadily for a period of half a century. ….She edited several END_OF_DOCUMENT_TOKEN_TO_BE_REPLACED