The August 2016 issue of Feminism & Psychology features a special focus section looking back at Stephanie Shield’s seminal “Functionalism, Darwinism, and the Psychology of Women” some 40 years on. Full details on the pieces that make up this special section follow below.

This article argues that Shields’ work demonstrated that it is impossible to practice value-free science. And, despite the efforts of many feminist psychologists who have argued that the question of sex differences is someone else’s question, biological theories about the differences between women and men are still popular and influential today. This paper will call attention to four areas of scholarship produced by second-wave feminist psychologists who were inspired by Shields’ work: (1) rediscovery of the work of first-wave feminist psychologists, (2) discussion of the impossibility of value-free research on sex differences, (3) introduction of new categories of analysis such as “gender” and reframing research based on these new categories, and (4) addition of more value-laden categories to sex such as race, social class, and sexuality and using intersectionality theory to design new avenues of research.

The February 2015 issue of History of the Human Sciences is now online. Included in this issue are articles on educational reformers’ promotion of brain sciences in Third Republic France, shifting attention in linguistics to “living” language in Imperial Germany, the cultural psychology of Giambattista Vico, and much more. Full titles, authors, and abstracts follow below.

“Confronting the brain in the classroom: Lycée policy and pedagogy in France, 1874–1902,” by Larry McGrath. The abstract reads,

During the influx of neurological research into France from across Europe that took place rapidly in the late 19th century, the philosophy course in lycées (the French equivalent of high schools) was mobilized by education reformers as a means of promulgating the emergent brain sciences and simultaneously steering their cultural resonance. I contend that these linked prongs of philosophy’s public mission under the Third Republic reconciled contradictory pressures to advance the nation’s scientific prowess following its defeat in the Franco-Prussian war of 1870 without dropping France’s distinct tradition of 19th-century spiritualism, which extended from Maine de Biran’s philosophical psychology to Victor Cousin’s official eclectic spiritualism. Between 1874 and 1902, the French Ministry of Public Instruction transformed philosophy into a national project designed to guide the reception of experimental psychology generally and neurology in particular. This article features original archival research on philosophy textbooks and students’ course notes that illuminate the cultural and intellectual impact of these sciences in the fin de siècle from inside the classroom. I argue that the scientific turn in the psychology section of the lycée philosophy course reflected and brought about a distinct philosophical movement that I call ‘scientific spiritualism’. While historians have analysed philosophy instruction as a mechanism used by the Third Republic to secularize students, this article sheds new light on lycée philosophy professors’ campaign to promote scientific spiritualism as a means to advance incipient brain research and pare its reductionist implications. 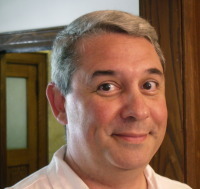 This post is written by Christopher Green, York University and is part of a special series of bibliographies on topics in the history of psychology.

For the past few years I have been working on the American school of psychology that was known as Functionalism. Functionalism was prominent from around 1890 to around 1920, though its roots go back into the 1870s and, in some ways, it carries forward to the present day. I have made two video documentaries about it (http://tinyurl.com/functionalism1, http://tinyurl.com/functionalism2), and I had an article in the February 2009 issue of American Psychologist (as part of their Darwin bicentennial celebration). I will also have a related article on Titchener and objectivity in the December 2010 issue of Isis. One of the reasons I became interested in this topic was the relative lack of good historical work on it, but I have put together a list of the books and papers that I found to be most helpful in understanding it. Most of it is primary source, but I have included some secondary material as well (some of which has a somewhat different focus — e.g., pragmatism, intelligence testing, applied psychology, behaviorism — but still bears on Functionalism in important ways).

Angell, James R. (1903). The relation of structural and functional psychology to philosophy. Decennial publications of the University of Chicago (First Series, Vol. 3, pp. 55-73).

Angell, James Rowland & Moore, Addison W. (1896). Studies from the psychological laboratory of the University of Chicago: 1. Reaction-Time: A study in attention and habit. Psychological Review, 3, 245-258.