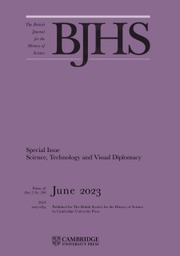 “Scientific expertise and the politics of emotions in the 1902 trial of Giuseppe Musolino,” by Daphne Rozenblatt. Abstract: END_OF_DOCUMENT_TOKEN_TO_BE_REPLACED

The February 2015 issue of Social Studies of Science includes a Review Essay of a number of recent works in the history of the human sciences. In this essay Michael Pettit (left) surveys recent monographs by Peter Hegarty (Gentlemen’s Disagreement: Alfred Kinsey, Lewis Terman, and the Sexual Politics of Smart Men), Helen E. Longino (Studying Human Behavior: How Scientists Investigate Aggression and Sexuality), Chloe Silverman (Understanding Autism: Parents, Doctors, and the History of a Disorder), Mathew Thomson (Lost Freedom: The Landscape of the Child and the British Post-War Settlement), and Marga Vicedo (The Nature and Nurture of Love: From Imprinting to Attachment in Cold War America), commenting on the current state and future possibilities of work in the field. Title, author, and an excerpt from the essay (in lieu of an abstract) follow below.

Few have greater confidence in psychology’s ability to mold subjectivity than its critics. However, there is a tension in much of the historical and sociological literature on psychology and the psychological society between a commitment to a microphysics of power (Foucault, 1977) and the kinds of sources and voices that get included in such analyses. ‘Subjectification’ (Rose, 1996) is all too often taken for granted, rather than made into a matter of inquiry involving contestation, multiplicity, and rejection. Relationships between scientists and publics are largely understood in terms of a hypodermic needle model of communication (Gitlin, 1978). On this basis, critical psychologist-historians select their favored disorder or construct, offer a largely intellectual history of it, and then assert that everyday experience has been psychologized. Such an approach speaks more to scientists’ visions and pretensions than to the social life of psychological facts (O’Connor and Joffe, 2013). Moreover, this approach bolsters and inflates, rather than critically scrutinizes, the scientist’s authority. We need greater specificity about psychology’s impact, better evidence of the circuits between expert description and self-understanding, and appreciation of the complicated lives of scientific methods and theories.
The books under review explore entanglements of psychology, sex, childhood, and development, and in so doing offer rich resources for rethinking much of the received wisdom about the public understanding of psychology, the authority of its experts, and the process of subjectification. The sex/gender distinction has long been recognized as a crucial site of traffic between nature and culture, one weighty with politics and consequences. These dynamics are amplified around children and development, where behavioral sciences and social policy meet, and each tries to anticipate and realize a better future (Adams et al., 2009). As the books here illustrate, psychology does not seek simply to craft accurate depictions of human behavior, but rather …