A new article in the Fall 2017 issue of the Bulletin of the History of Medicine may be of interest to AHP readers. Full details below.

This article rethinks the formative decades of American drug wars through a social history of addiction to pharmaceutical narcotics, sedatives, and stimulants in the first half of the twentieth century. It argues, first, that addiction to pharmaceutical drugs is no recent aberration; it has historically been more extensive than “street” or illicit drug use. Second, it argues that access to psychoactive pharmaceuticals was a problematic social entitlement constructed as distinctively medical amid the racialized reforms of the Progressive Era. The resulting drug control regime provided inadequate consumer protection for some (through the FDA), and overly punitive policing for others (through the FBN). Instead of seeing these as two separate stories—one a liberal triumph and the other a repressive scourge—both should be understood as part of the broader establishment of a consumer market for drugs segregated by class and race like other consumer markets developed in the era of Progressivism and Jim Crow.

Established in 1933 and closed last year (2014), the Oak Ridge division at Waypoint was Ontario’s only maximum security forensic hospital served by both the provincial criminal justice and mental health systems. The exhibit opens the locked doors of its eighty one year history “to dispel the misconceptions and stereotypes that surround forensic mental health care centres and their clients,” and compellingly tells its unique story by sharing artefacts, photographs, and archival documents “to demonstrate how treatment practices, security restrictions, and individual experiences both changed and remained consistent” throughout the institute’s existence. Exhibit sections include: Origins, Building, Legislation, Treatment, Daily Life, Patients, Staff, Research, and Community.

You can also browse through the exhibit content here (400+ items total: photos, docs, artefacts, audio, video), and please look forward to further additions to the collection over the next year including “personal experiences from patient case records, interviews, and oral histories with former staff members of the Oak Ridge division.” 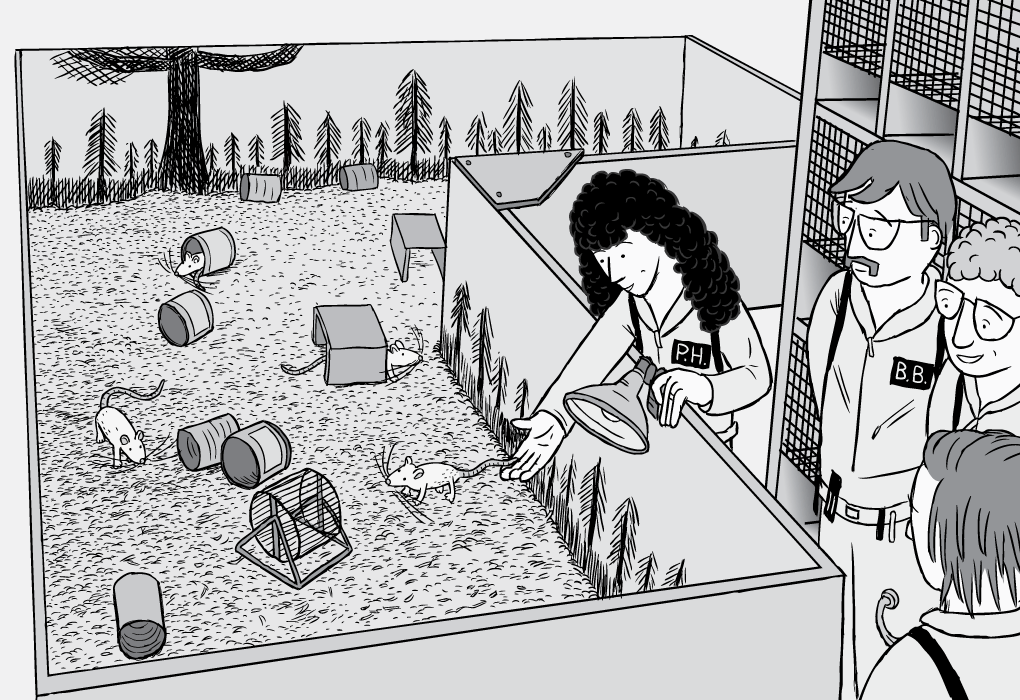 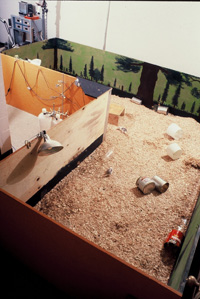 As we reported in early October, the British Psychological Society‘s History of Psychology Centre, in conjunction with University College London’s Centre for the History of the Psychological Disciplines, has organized a Fall Seminar Series. The next speaker in the series is Joanna Moncrieff (left), of University College London. On Wednesday, November 9th, Moncrieff will be speaking on “Magic Bullets for Mental Disorders: The Evolution of Ideas about the Nature of Drug Treatment for Scizophrenia.” The abstract for the talk reads,

When ‘antipsychotic’ drugs were introduced into psychiatry in the 1950s, they were thought to work by inducing a state of neurological suppression, which reduced behavioural disturbance, as well as psychotic symptoms. This view was reflected in the name ‘neuroleptic’. Within a few years, however, the idea that the drugs were a disease-specific treatment for schizophrenia or psychosis, and that they worked by modifying the underlying pathology of the condition, replaced this earlier view, and they became known as ‘antipsychotics’. This transformation of views about the drugs’ mode of action occurred with little debate or empirical evaluation in the psychiatric literature and obscured earlier evidence about the nature of these drugs. Drug advertisements in the British Journal of Psychiatry reflect the same changes, although the non-disease-specific view persisted for longer. It is suggested that professional interests helped to facilitate the transformation of views about the nature of these drugs.

Full details on the seminar series can be found here.

As many AHP readers might know, the National Film Board of Canada (NFB) hosts a free online screening room with nearly 1500 film clips, documentaries, animations, experimental films, and fictional films. A colleague recently directed me to a 2002 film by Canadian filmmaker Connie Littlefield that may be of interest to some AHP readers. Hoffmann’s Potion is a 56 minute film covering the early years of lysergic acid diethylamide (LSD) research by Swiss scientist Albert Hoffmann. Unlike similar documentaries by the BBC (also this 1997 film), Hoffmann’s Potion is not centered around American activist Timothy Leary. Instead, it looks at the spread of LSD research from Hoffmann’s lab in 1938 to psychiatric facilities in Canada, Czechoslovakia, Great Britain, and the United States in the 1940s and 50s.

The NFB offers this synopsis:

This documentary offers a compassionate, open-minded look at LSD and how it fits into our world. Long before Timothy Leary urged a generation to “tune in, turn on and drop out,” the drug was hailed as a way to treat forms of addiction and mental illness. At the same time, it was being touted as a powerful tool for mental exploration and self-understanding. Featuring interviews with LSD pioneers, beautiful music and stunning cinematography, this is much more than a simple chronicle of LSD’s early days. It’s an alternative way of looking at the drug… and our world.

The New York Times has run a piece about a historic turnabout in psychiatry: Most psychiatrists in the US do not offer talk therapy of any sort to their patients, but only medication. This will not come as news to most who are close to psychiatry or clinical psychology, but it is interesting that the main driving force behind this change is not an important shift in theory or evidence but, rather, simply cost.

Of the psychiatrist featured in the article, Donald Levin of Pennsylvania, the article says:

Dr. Levin, 68, first established a private practice in 1972, when talk therapy was in its heyday. Then, like many psychiatrists, he treated 50 to 60 patients in once- or twice-weekly talk-therapy sessions of 45 minutes each. Now, like many of his peers, he treats 1,200 people in mostly 15-minute visits for prescription adjustments that are sometimes months apart. Then, he knew his patients’ inner lives better than he knew his wife’s; now, he often cannot remember their names. END_OF_DOCUMENT_TOKEN_TO_BE_REPLACED The January issue of the widely read e-zine Wired has published an article about Allen Frances’ (pictured left) vocal opposition to the process by which the 5th edition of the American Psychiatric Association’s Diagnostic and Statistical Manual of Mental Disroders (DSM-5) is being written. There are, or course, many people who are discontented with the ways in which psychiatry goes about its professional business. What makes Frances’ critique so notable is not only that he is himself a psychiatrist, but that he was one of the editors of the last edition of the selfsame book, DSM-IV.

But Frances’ doubts go far beyond the 5th edition. They appear to extend to all of psychiatry, including his own participation in writing its most important and influential reference work. “There is no definition of a mental disorder. It’s bullshit,” he declares at one point. “We made mistakes that had terrible consequences,” he concedes at another. END_OF_DOCUMENT_TOKEN_TO_BE_REPLACED

Conan O’Brien has done a great take-off on pushy pharmaceutical ads, in commemoration of the $2.3 billion fine that Pfizer was recently made to pay for advertising its drugs for things they haven’t been shown to effectively treat.

It’s not quite as funny as The Onion‘s hilarious Despondex ad (which unfortunately forces you to watch a real ad first now), but it is along the same lines.

(Thanks to Mind Hacks for alerting me to the Conan piece.)

AP reports that the US Department of Justice has fined Big Pharma giant Pfizer a record amount for illegal promotions of a variety of their drugs, including the schizophrenia treatment Geodon and the popular antidepressant Zoloft.

Pfizer was cited for being a “repeating corporate cheat for illegal drug promotions that plied doctors with free golf, massages, and resort junkets.” Pfizer also openly marketed drugs for “off-label” usages — i.e., as treatments for which the drug had not been approved — which is contrary to US law.

Since this blog has often noted revelations of psychiatry’s conflicts of interest involving Big Pharma, it is only fair that we also report when psychiatry makes efforts to cut out some of the pork. According to Medical News Today,

The American Psychiatric Association Board of Trustees voted this month to phase out industry-supported symposia along with industry-supplied meals at its annual meetings. With this move, the APA remains at the leading edge of a trend throughout medicine to increase transparency and reduce potential financial conflicts of interest.

Of course, some don’t see this move in such glowing terms. As Mind Hacks put the matter last week: “The American Psychiatric Association starts to remove the drug company teat from its mouth.”