The October 2017 issue of Medical History includes two articles that may be of interest to AHP readers. These articles tackle campaigning for learning disabled people’s civil rights in the 1970s and Susan Isaacs‘ popularization of psychoanalytic concepts through her writing as Ursula Wise. Full details below.

Current policy and practice directed towards people with learning disabilities originates in the deinstitutionalisation processes, civil rights concerns and integrationist philosophies of the 1970s and 1980s. However, historians know little about the specific contexts within which these were mobilised. Although it is rarely acknowledged in the secondary literature, MIND was prominent in campaigning for rights-based services for learning disabled people during this time. This article sets MIND’s campaign within the wider historical context of the organisation’s origins as a main institution of the inter-war mental hygiene movement. The article begins by outlining the mental hygiene movement’s original conceptualisation of ‘mental deficiency’ as the antithesis of the self-sustaining and responsible individuals that it considered the basis of citizenship and mental health. It then traces how this equation became unravelled, in part by the altered conditions under the post-war Welfare State, in part by the mental hygiene movement’s own theorising. The final section describes the reconceptualisation of citizenship that eventually emerged with the collapse of the mental hygiene movement and the emergence of MIND. It shows that representations of MIND’s rights-based campaigning (which have, in any case, focused on mental illness) as individualist, and fundamentally opposed to medicine and psychiatry, are inaccurate. In fact, MIND sought a comprehensive community-based service, integrated with the general health and welfare services and oriented around a reconstruction of learning disabled people’s citizenship rights.

Gabriel N. Mendes, an Assistant Professor of Ethnic Studies and of Urban Studies and Planning at the University of California, San Diego, has a new book out: Under the Strain of Color: Harlem’s Lafargue Clinic and the Promise of an Antiracist Psychiatry. As described on the Cornell University Press website,

In Under the Strain of Color, Gabriel N. Mendes recaptures the history of a largely forgotten New York City institution that embodied new ways of thinking about mental health, race, and the substance of citizenship. Harlem’s Lafargue Mental Hygiene Clinic was founded in 1946 as both a practical response to the need for low-cost psychotherapy and counseling for black residents (many of whom were recent migrants to the city) and a model for nationwide efforts to address racial disparities in the provision of mental health care in the United States.

The result of a collaboration among the psychiatrist and social critic Dr. Fredric Wertham, the writer Richard Wright, and the clergyman Rev. Shelton Hale Bishop, the clinic emerged in the context of a widespread American concern with the mental health of its citizens. It proved to be more radical than any other contemporary therapeutic institution, however, by incorporating the psychosocial significance of antiblack racism and class oppression into its approach to diagnosis and therapy.

Mendes shows the Lafargue Clinic to have been simultaneously a scientific and political gambit, challenging both a racist mental health care system and supposedly color-blind psychiatrists who failed to consider the consequences of oppression in their assessment and treatment of African American patients. Employing the methods of oral history, archival research, textual analysis, and critical race philosophy, Under the Strain of Color contributes to a growing body of scholarship that highlights the interlocking relationships among biomedicine, institutional racism, structural violence, and community health activism. 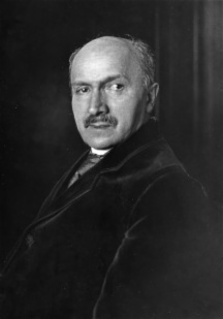 “Mental health, citizenship, and the memory of World War II in the Netherlands (1945–85),” by Harry Oosterhuis. The abstract reads, END_OF_DOCUMENT_TOKEN_TO_BE_REPLACED

The February 2013 issue of History of Psychology is now online. Included in this issue are articles on the history of German critical psychology, the development of South African psychology (by Wahbie Long, right), and the vocabulary of anglophone psychology. Other articles discuss attempts to develop a psychology of citizenship and the historicity of mind (as previously blogged about here). Full titles, authors, and abstracts follow below.

“Backlash against American psychology: An indigenous reconstruction of the history of German critical psychology,” by Thomas Teo. The abstract reads,

This article examines the phenomenon known as the “relevance debate” in South African psychology. END_OF_DOCUMENT_TOKEN_TO_BE_REPLACED