BBC Radio 4’s Archive on 4 has just aired an episode on the Holocaust and social psychology: “The Science of Evil.” As the programme describes:

How attempts to understand the Holocaust created a science – social psychology. This Holocaust Memorial Day (Jan 27th) marks the 75th anniversary of the liberation of Auschwitz. Attempts to understand racism, antisemitism and the horrors of Nazi ideology led to the creation of a new field of science. Social psychology is the investigation of how our thoughts, feelings and behaviours are influenced by others. This Archive On Four is about the science of evil and five of its pioneers: Kurt Lewin, Solomon Asch, Henri Tajfel, Serge Moscovici and Stanley Milgram. They were all Jewish. They all lost family in the Holocaust. They were all driven by one question. How could it have happened? David Edmonds speaks to among others, Moscovici’s son, Milgram’s daughter and two of Tajfel’s former students.

The episode can be listened to online here.

AHP readers may be interested in a recent episode of BBC’s Archive on 4 “Dictators on the Couch,” which explores efforts to psychologically profile foreign leaders. The episode features historian and psychoanalyst Daniel Pick and is described as follows:

For decades psychologists working for the CIA have drawn up psychological profiles of foreign leaders.
Using expertise developed watching the Nazis, the programme presented American Presidents with detailed profiles of their opponents, complete with proposed weak points and personal foibles.
In 1961, prior to a planned summit meeting between John F. Kennedy and Nikita Khrushchev, the CIA profiled the Russian leader, declaring him “an uninhibited ham actor who …has a truly unusual ability to project the force of his own powerful personality.”
The report – which today reads like generalisation of a peculiarly obvious kind – so impressed Kennedy that he became “addicted” to reading analyses of foreign leaders, particularly if they contained details of sexual peccadilloes. The Russians became keen on psychological reports too, commissioning one on Kennedy which questioned whether his liberalism was anything more than skin deep.
Extraordinarily, the CIA unit profiling foreign leaders survived the Cold War, offering such gems as…
“Fidel Castro is not “crazy,” but he is so highly neurotic and unstable a personality as to be quite vulnerable to certain kinds of psychological pressure. The outstanding neurotic elements in his personality are his hunger for power and his need for the recognition and adulation of the masses…”
“While Saddam Hussein is not psychotic, he has a strong paranoid orientation…”
Psychoanalyst Daniel Pick explores these extraordinary files, and speaks to psychiatrists about the validity of “distance readings” and foreign policy experts and historians about how they may have influenced the direction of American foreign policy.
And what exactly are the psychiatrists currently saying about today’s world leaders?

AHP readers may be interested in Terry Gross’s recent interview with Anne Harrington on her new book, Mind Fixers: Psychiatry’s Troubled Search For The Biology Of Mental Illness, on NPR’s Fresh Air. The episode can be heard online here.

AHP readers may be interested in comedian Rob Newman’s Total Eclipse of Descartes which tackles, among other things, Cyril Burt’s twin research.

Hi there AHP readers, and happy fall semester to you. After an extended summer hiatus due to technical difficulties, we’re back!

My first recommendation of the season is this interview from the New Books Network. It’s conducted by David Gutherz (a student in the the Committee on Social Thought program at the University of Chicago) with Dagmar Herzog on her latest volume,
Cold War Freud: Psychoanalysis in an Age of Catastrophes. The work expands on her extensive research program in the historical politics of sexuality and religion.
As Gurtherz writes in his introduction to the discussion, her “book offers fresh readings of the work of such titanic (and sadly misunderstood) figures as Karen Horney, Robert Stoller, Félix Guattari and Konrad Lorenz—and it will change the way you think about trauma, libido and the New Left. Our conversation focused primarily on the radical currents in Cold War psychoanalysis and what happens when the world comes crashing through the bedroom window.” 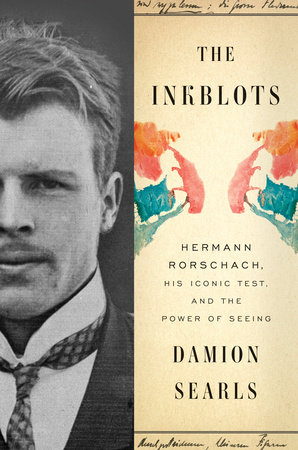 A couple of history of psychology related pieces cropped up from podcast land just in time to shift into gear for the weekend. For your listening pleasure, from CBC Radio’s Ideas and BBC Radio 4’s In Our Time, episodes on transcultural psychiatry and the early history of Bethlem Royal Hospital, respectively.

CBC’s Ideas with Peter Kennedy: Like I Was Talking to Myself in the Mirror

Synopsis: Early in the twentieth century German psychiatrist Emil Kraepelin travelled to Indonesia to see how mental illnesses there compared to what he knew back home. Transcultural psychiatry was born. Today McGill University is a world leader in the research and practice of a branch of psychiatry with links to anthropology, cultural studies and family therapy. David Gutnick steps into a world where treatment relies less on medication and more on talk and understanding.

Click here for highlight clips and reels, and info on the feature psychiatrists.

BBC’s In Our Time: Bedlam

Synopsis: Melvyn Bragg and guests discuss the early years of Bedlam, the name commonly used for the London hospital of St Mary of Bethlehem outside Bishopsgate.

BBC 4’s series History of the Future “uses the fascinating objects in the Science Museum in London to chart how our understanding of ourselves and our technology has changed over time.”  Associated blogger Melissa Hogenbloom posted a piece titled “A brief history of our desire to peer into the brain,” which surveys methods from phrenology to EEG, CT Scan and fMRI. Included are video clips of Science Museum curator Katie Dabin showing Hogenbloom their relevant collection, including ceramic phrenological heads and early electroencephalography technology.

That post, with the films of Dabin’s explanations, can be found here.