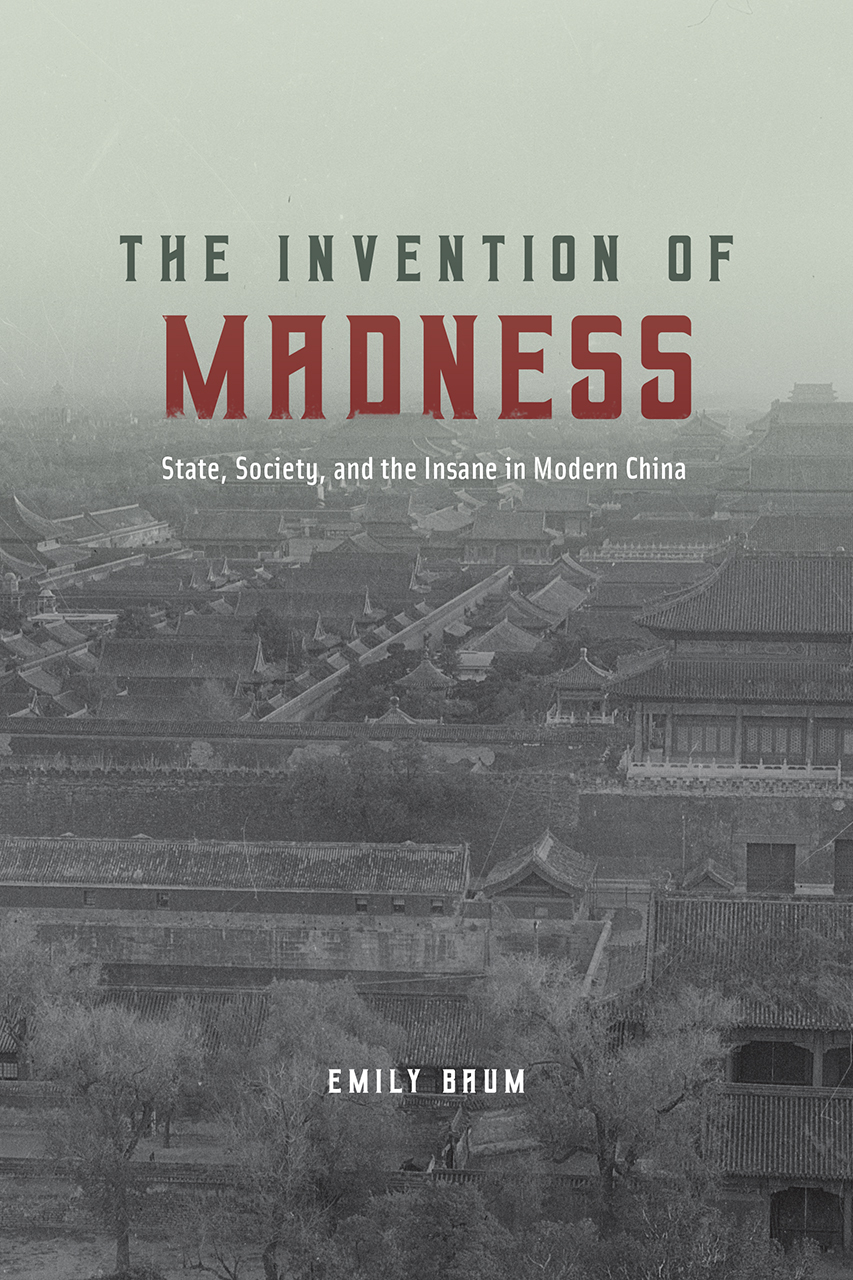 AHP readers may be interested in a new book available from University of Chicago Press: Emily Baum’s The Invention of Madness: State, Society, and the Insane in Modern China. As described on the publisher’s website:

Throughout most of history, in China the insane were kept within the home and treated by healers who claimed no specialized knowledge of their condition. In the first decade of the twentieth century, however, psychiatric ideas and institutions began to influence longstanding beliefs about the proper treatment for the mentally ill. In The Invention of Madness, Emily Baum traces a genealogy of insanity from the turn of the century to the onset of war with Japan in 1937, revealing the complex and convoluted ways in which “madness” was transformed in the Chinese imagination into “mental illness.”

Focusing on typically marginalized historical actors, including municipal functionaries and the urban poor, The Invention of Madness shifts our attention from the elite desire for modern medical care to the ways in which psychiatric discourses were implemented and redeployed in the midst of everyday life. New meanings and practices of madness, Baum argues, were not just imposed on the Beijing public but continuously invented by a range of people in ways that reflected their own needs and interests. Exhaustively researched and theoretically informed, The Invention of Madness is an innovative contribution to medical history, urban studies, and the social history of twentieth-century China.