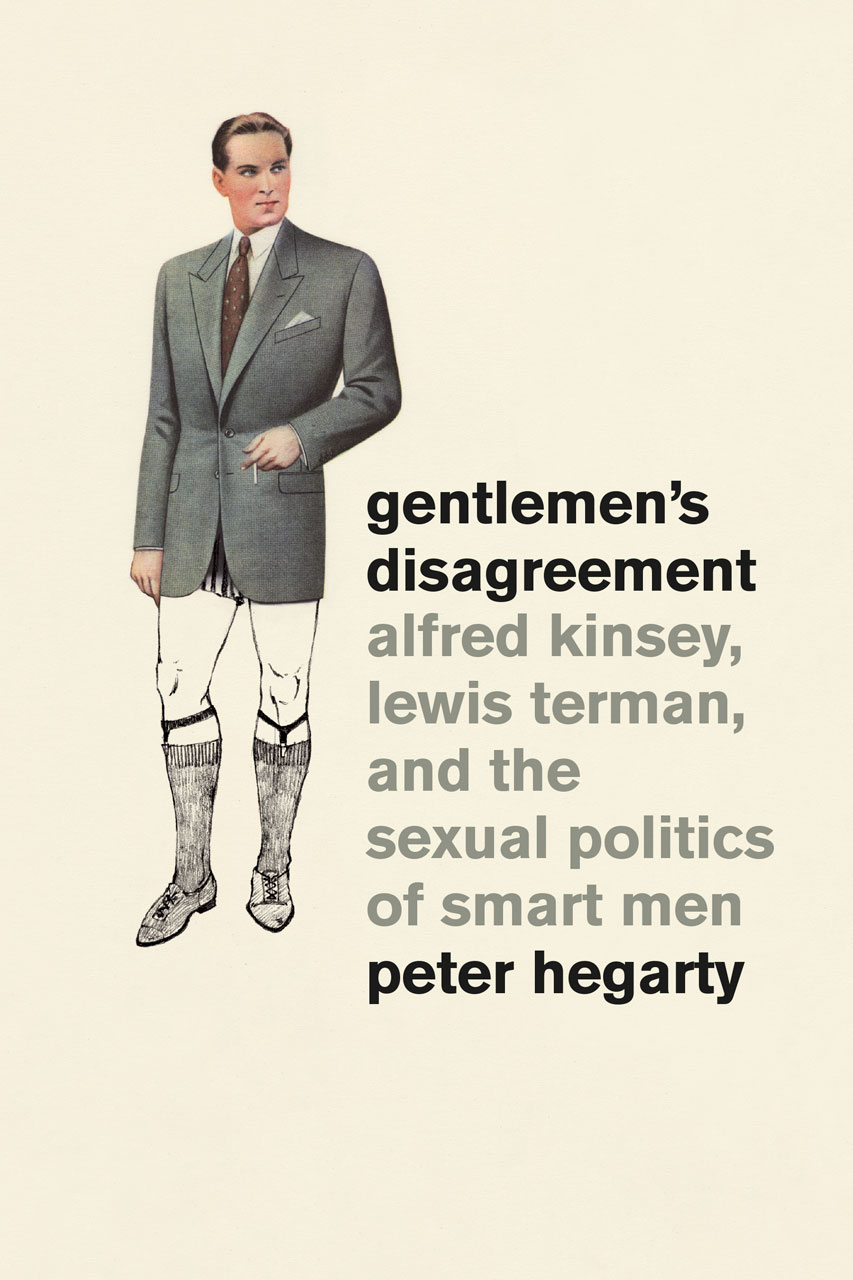 Psychologist and historian of psychology Peter Hegarty‘s book Gentlemen’s Disagreement: Alfred Kinsey, Lewis Terman, and the Sexual Politics of Smart Men, is now in print. Published by the University of Chicago Press, the book explores the relationship between intelligence and sex through an analysis of the work of, and debates between, sex researcher Alfred Kinsey and intelligence tester Lewis Terman. The volume is described as follows:

What is the relationship between intelligence and sex? In recent decades, studies of the controversial histories of both intelligence testing and of human sexuality in the United States have been increasingly common—and hotly debated. But rarely have the intersections of these histories been examined. In Gentlemen’s Disagreement, Peter Hegarty enters this historical debate by recalling the debate between Lewis Terman—the intellect who championed the testing of intelligence— and pioneering sex researcher Alfred Kinsey, and shows how intelligence and sexuality have interacted in American psychology.Through a fluent discussion of intellectually gifted onanists, unhappily married men, queer geniuses, lonely frontiersmen, religious ascetics, and the two scholars themselves, Hegarty traces the origins of Terman’s complaints about Kinsey’s work to show how the intelligence testing movement was much more concerned with sexuality than we might remember. And, drawing on Foucault, Hegarty reconciles these legendary figures by showing how intelligence and sexuality in early American psychology and sexology were intertwined then and remain so to this day.