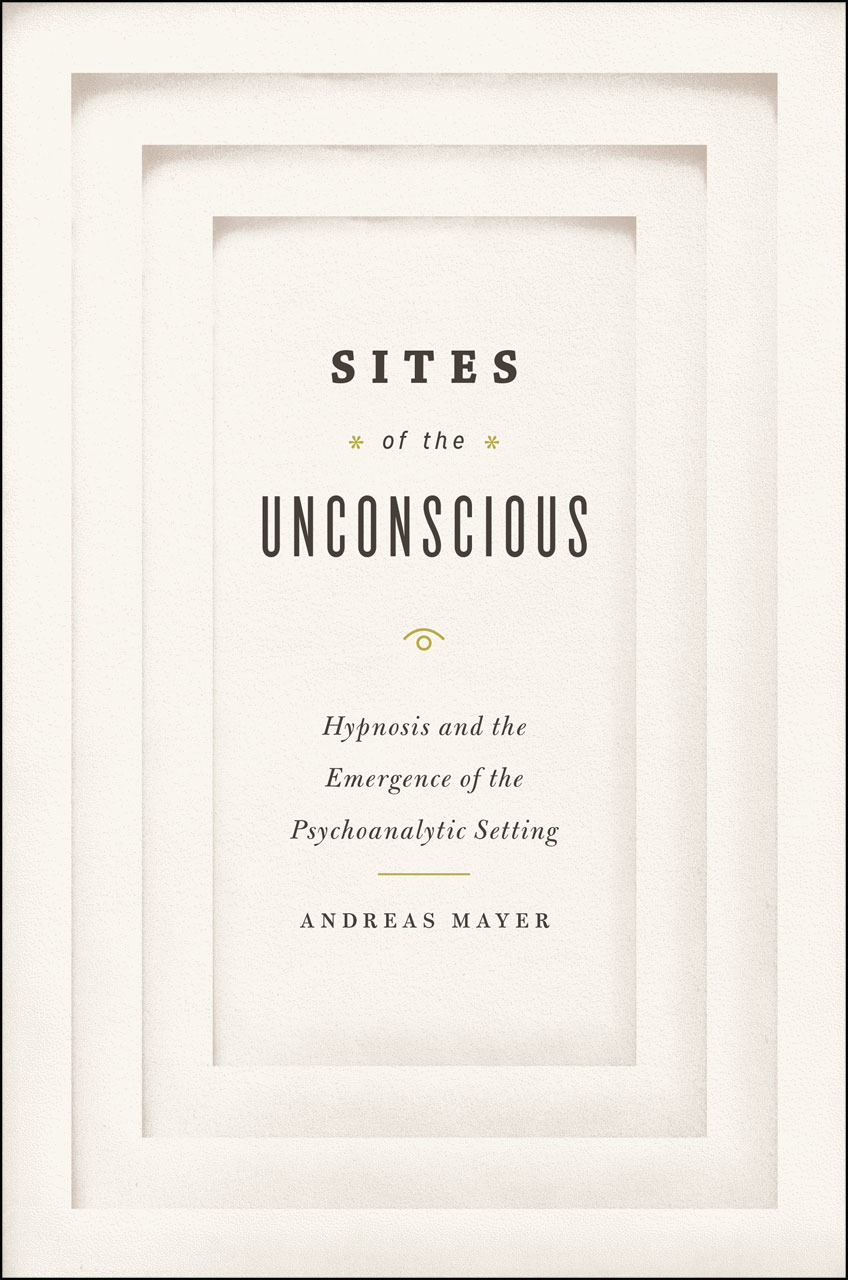 Historian of the human sciences Andreas Mayer, a Research Scholar at the Max Planck Institute for the History of Science, has just published a new volume on the history of the unconscious. Mayer’s book, Sites of the Unconscious: Hypnosis and the Emergence of the Psychoanalytic Setting, focuses specifically on the sites and practices that shaped hypnosis and the development of psychoanalysis. The book is described as follows,

In the late nineteenth century, scientists, psychiatrists, and medical practitioners began employing a new experimental technique for the study of neuroses: hypnotism. Though the efforts of the famous French neurologist Jean-Martin Charcot to transform hypnosis into a laboratory science failed, his Viennese translator and disciple Sigmund Freud took up the challenge and invented psychoanalysis. Previous scholarship has viewed hypnosis and psychoanalysis in sharp opposition or claimed that both were ultimately grounded in the phenomenon of suggestion and thus equally flawed. In this groundbreaking study, Andreas Mayer reexamines the relationship between hypnosis and psychoanalysis, revealing that the emergence of the familiar Freudian psychoanalytic setting cannot be understood without a detailed analysis of the sites, material and social practices, and controversies within the checkered scientific and medical landscape of hypnotism.

Sites of the Unconscious analyzes the major controversies between competing French schools of hypnotism that emerged at this time, stressing their different views on the production of viable evidence and their different ways of deploying hypnosis. Mayer then reconstructs in detail the reception of French hypnotism in German-speaking countries, arguing that the distinctive features of Freud’s psychoanalytic setting of the couch emerged out of the clinical laboratories and private consulting rooms of the practitioners of hypnosis.

Introduction
Part I: French Cultures of Hypnosis
1. “Experimental Neuroses”: Hypnotism at the Salpêtrière Hospital
The Clinical Geography of Charcot’s New Research Center
The Experimentalization of the Unconscious
2. The Controversy between Paris and Nancy over Hypnotic Suggestion
Hypnotic Suggestion as a Therapeutic Method in Nancy
A “Suggestive Atmosphere”: Bernheim’s Clinic
The Problem of Simulation
Suggestible Subjects
Two Cultures of Hypnotism
3. “Amour expérimental”: Facts and Fetishes at the Musée Charcot
A “Museum of Clinical Facts”
Transferring Psychic Objects
Pinning Down Hallucinations
Fetishistic Object-Relations
The Tactical Intelligence of Subjects
4. The Question of Lay Hypnosis
Stage Magnetism and Lay Hypnosis
Enter the Critic: Joseph Delbœuf
Challenging the Medical Monopoly on Hypnosis
Part II: The Emergence of the Psychoanalytic Setting
5. Paris–Vienna: A Problematic Transfer
Translation Problems
Polemics Surrounding the “Wiener Nancyer”
The Krafft-Ebing Scandal
6. Freud and the Vicissitudes of Private Practice
Conflicting Ceremonies of the Cure
Factoring Out the Problem of Simulation
Freud’s Revision: Analysis without Hypnosis
7. The Psychotherapeutic Private Practice between Clinic and Laboratory
Voice Commands: The Soundscape of the Hypnotic Consulting Room
Introspective Hypnotism
The Fractionation Method: Oskar Vogt’s Laboratory of Hypnosis
“Psychical Analyses”: Vogt versus Freud
8. Experimentalism without a Laboratory: The Psychoanalytic Setting
“Self-Analyses”: Writing, Reading, and Dreaming
Tracking the Complex: Attempts at Stabilizing the Psychoanalytic Setting
Objects Blanked Out: Freud’s Scene of Treatment
Conclusion