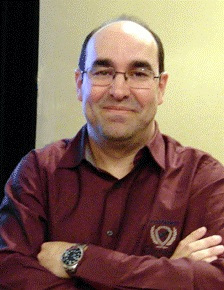 A further event in the continuing British Psychological Society’s History of Psychology Centre, in conjunction with UCL’s Centre for the History of the Psychological Disciplines, History of the Psychological Disciplines Seminar Series will take place in London next week. Saulo de Feitas Araujo (left), of the newly established history and philosophy of psychology graduate program at Universidade de Federal de Juiz de Fora in Brazil, will speak on “The role of philosophy in Wundtian psychology: Towards a new interpretation of Wundt’s psychological project.” Further seminars for the Spring 2013 term remain tba. Full details follow below.

Despite the numerous and important contributions brought by Wundt scholarship in recent decades, some aspects of his work remain unclear and poorly understood. The aim of this talk is to explore one of these aspects; namely, the relationship between philosophy and psychology in Wundt’s thought. To this end, we shall discuss an important yet neglected moment in Wundtian psychology, which remains unexplained to date: why did Wundt abandon his early theory of the unconscious? According to the interpretation offered here, this can only be adequately explained by his intense philosophical studies in the period preceding the publication of the Grundzu?ge in 1874, especially in relation to Kant. Finally, we will point out some implications of this analysis to the general interpretation of Wundt’s psychological project.