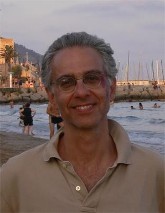 As discussed previously on AHP (here, here, here, and here) the British Psychological Society’s History of Psychology Centre, in conjunction with UCL’s Centre for the History of the Psychological Disciplines, has organized an ongoing seminar series. The latest additions to the series’s lineup include upcoming talks by Fernando Vidal (right) and Annette Mülberger. On May 17th, Vidal will be speaking on “The Brains of Cinema and the Brains of Science” and on June 6th Mülberger will be speaking on “The Dangerous Path of Practical Psychometry.” Full details, including abstracts, follow below.

Abstract: Cinema has been one of the major cultural spaces for elaborating and staging the belief that the brain is the only organ we need in order to be ourselves – in other words, the notion that the human being is essentially a “cerebral subject.” Since its earliest appearance in the 1930s, filmic embodiments of the cerebral subject have often incorporated scientific information. However, once assimilated into film, this information takes on a new life, and becomes part of specifically cinematographic representations and traditions. The assessment of filmic contents against their scientific accuracy dilutes the significance of cinema as a site where science-related challenges materialize under original forms.

Abstract:Without instruments scientific research, as we know it today, would be impossible. Many phenomena would not be accessible with our unaided senses, and surely intelligence or the level of mental maturity in form of IQ would be one of them. The story of how the first mental tests emerged is well known. Even more contextualized histories about how the use of the intelligence tests like the Binet-Simon spread within the French and North-American Republics have been produced more recently (see, for example Carson, The Measure of Merit, 2007).

The story of mental measurement is complex and there are still too many open questions. One first question refers to what had happened in other cultural contexts like Spain. When, where and, especially why were mental tests used there? Some work has been done on the role of several institutions which were instrumental in the spread of mental testing in Spain, like the centers for Professional Guidance Institute. Identifying and taking care of the new human category of the “feebleminded” or “mentally abnormal” was generally included into the professional tasks of the school physician. At the same time, Spanish school teachers were experiencing innovative pedagogical tools and ideas, also showed some interest in mental measurement.

In my talk I will take a look on how the interest in registering mental capacity of children arose during the first decades of the 20th centuries in Spain, paying special attention to the initiatives launched by some self-taught teachers before and during the dictatorship of Primo de Rivera. Thereby the following questions will be relevant: why did some Spanish teachers become interested in psychological testing in schools? Which tests did they apply and how? What consequences did the results of the testing have for the children? How did the school-physicians react to these attempts?

The in-depth-study of specific cases where psychological tests were used in Spanish schools evidences different strategies of appropriation of the scientific tool to local needs and reveals interesting shifts in the functionality of the test.