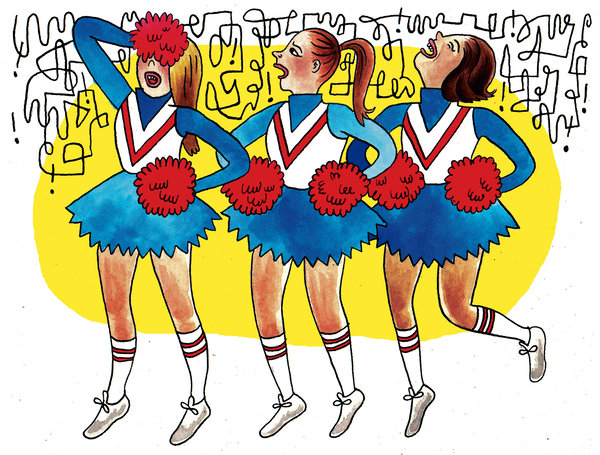 Hysteria is a condition strongly associated with the 19th century, and with long-past historical figures such as Jean-Martin Charcot and Sigmund Freud. It was finally dropped from the psychiatric vocabulary in the mid-20th century because of its uncertain scientific basis, and because of the widespread perception that it was being used more as a way to control the behavior of women who did not conform to social norms than to label a coherent psychiatric condition.

A recent column in the New York Times, however, suggests that hysteria has made a comeback in the very same population that it was thought to be most prevalent in in times long past: teenage girls and young women. Author Caitlin Flanagan recounts the story of “a high school cheerleader” in a town near Buffalo, NY, who “lay down for a nap,” last October “and woke up changed….  facial tics, uncontrollable movement, stuttering, verbal outbursts.” She continues, “several other schoolmates have been afflicted, for a total of 14 girls. One boy reported symptoms.”

It turns out that this bizarre event was not an isolated incident. Flanagan goes on to described similar happenings in 2002, in the 1980s and in the 1960s, in the the US, the UK, the Middle East, and in Africa. Flanagan recognizes that the diagnosis of “hysteria” is “unpalatable in our post-Freudian age”; that it “is the most retrograde and non-womyn-empowering condition. She goes on, “It’s not supposed to happen anymore,… but it won’t seem to go away.”

The column concludes with an anodyne call for a “stable and supportive space in which [teenage girls can] “work out all of this drama.” But the question of whether the hysteria of old still occasionally stalks the land despite our efforts to banish it remains unanswered.

1 thought on “The Return of Hysteria?”