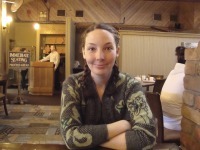 This post is written by Arlie Belliveau, York University and is part of a special series of bibliographies on topics in the history of psychology.

For an overall history and discussion of psychological films I suggest the following reading list:

By the 1930s the APA experienced an influx of filmed materials. Conference presentations were increasingly paired with film footage, much of which was poorly edited. The Motion Picture Committee of the APA was organized to gather data on film use in the APA and at US universities. They sent out a questionnaire to APA members, as well as to 156 different institutions, inquiring as to whether or not universities were equipped to make use of the new films, if they planned to purchase film equipment in the future, obstacles that could arise from film use in the classroom, and opinions regarding the overall effectiveness of films in the classroom. The report summarized those findings and led to a committee that would seek to regulate film production by members of the APA in much the same way as the APA Publication Manual regulates written publications.

The Army Air Forces Training Film Production Studio (AAF Picture Unit) was created in 1944 in Culver City, California to generate films for group aptitude and achievement testing, as well as to produce training films. The AAF Picture Unit’s studio and equipment is said to have rivaled that of any large commercial studio. The mission of the AAF Picture Unit was to research and construct motion pictures for the purpose of testing, classifying, and training army recruits. They were assigned to identify and correct the problems with motion picture test scoring and methodology, and to advise those wishing to produce future films. J.J. Gibson offered a brief history of the AAF Picture Unit. In this report he described many of their films in detail, and he discussed the AAF’s theories regarding film use.

Nichtenhauser, Coleman, and Ruhe reviewed 51 films made by psychologists. They listed the titles, content and purpose of the film, quality of presentation, and effectiveness as an educational tool. They offered suggestions for each film’s use in the classroom. Nichtenhauser claimed that educators in the field of psychology were left to order films based solely on the title, and that more often than not, no further descriptions of the films existed in print. Since the medium was new, and projection equipment had to be rented, this became an expensive problem if improper films were requested. Either they did not read Beck’s paper, or they were looking for newer films. The book also offers a brief history of the earliest psychological films. It lists some of the earliest films I have yet come accross made in the field of psychology.

5. Rabkin, L.Y. (1998). The Celluloid Couch. An Annotated International Filmography of the Mental Health Professional in the Moview and Television, from the Beginning to 1990. N.Y.: The Scarecrow Press.

This book offers a contextual look at how psychologists were portrayed in popular feature films. It offers thousands of short summaries for films featuring mental health themes, and it serves as a stark contrast to the actual films that psychologists were making themselves.

Between 1912 and 1924 Frank and Lillian Gilbreth made hundreds of Micromotion films in order to scientifically study the time, motions, fatigue, and ergonomics of work. They performed Micromotion studies of surgeons, baseball teams and other athletes, office workers, shop workers, and assembly workers. This book provides the basis of their method; however, the actual motion picture films are available for purchase at the Virginia Kelly Karnes Archives and Special Collections Research Centre at Purdue University in Lafayette, Indiana. Some of the films are available open source at the Prelinger Internet Archives.
*My Masters thesis titled Micromotion Study: The Role of Visual Culture in Developing a Psychology of Management, 1912-1916 will be available through the thesis and dissertation archives of Canada shortly.

7. Boring, E.G. (1916). Capacity to report upon moving pictures as conditioned by sex and age. A contribution to the psychology of testimony. Journal of the American Institute of Criminal Law and Criminology. 6(6), 820-834.

Psychologist E.G. Boring made use of a 1912 Thomas Edison film Van Bibber’s Experiment to study the reliability of witness testimony. Film historian Marsha Orgeron is currently working on this project at North Carolina State University.

Psychologists Karl Lashley and John Watson conducted several studies on the effectiveness of sex education films in the 1920s. This paper is a report on some of those findings. The film that they used in this study is one of the lost films in the history of psychology.

These readings will give interested parties a fairly solid background in how early psychologists were using film.