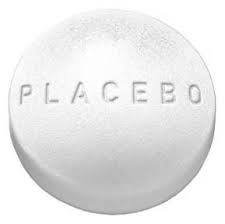 The February 2011 issue of History of the Human Sciences has been released online. Included in this issue are six all new articles, a review symposium, and a book review of Roderick Buchanan’s new book, Playing with Fire: The Controversial Career of Hans J. Eysenck. Among the topics addressed in these articles are the placebo effect in psychotherapy, the use of ‘deprivation’ in American psychiatric discourse, and the role of case studies in psychoanalysis. Full titles, authors, and abstracts follow below.

“From medicine to psychotherapy: The placebo effect,” by Stewart Justman. The abstract reads,

“Was cultural deprivation in fact sensory deprivation? Deprivation, retardation and intervention in the USA,” by Mical Raz. The abstract reads,

“The strange case of the Freudian case history: The role of long case histories in the development of psychoanalysis,” by Anne Sealey. The abstract reads,

Sigmund Freud’s five long case histories have been the focus of seemingly endless fascination and criticism. This article examines how the long case-history genre developed and its impact on the professionalization of psychoanalysis. It argues that the long case histories, using a distinctive form that highlighted the peculiarities of psychoanalytic theory, served as exemplars in the discipline. In doing so, the article extends John Forrester’s work on ‘thinking in cases’ to show the practical implications of that style of reasoning. The article illustrates how the form disappeared once the theoretical basis of the movement was set. The genre never became institutionalized, although the content of the five long case histories did, because of Freud’s accepted role as theoretician of psychoanalysis.

“‘Things familiar to the mind’: heuristic style and elliptical citation in The Wealth of Nations,” by Geoffrey Kellow. The abstract reads,

Despite an initially warm reception, over the past two centuries assessments of the literary character of Adam Smith’s The Wealth of Nations have gradually but unmistakably turned negative. This transformation in the public reception of Smith’s text began during his lifetime and culminated in Heilbroner’s assertion that Smith wrote with ‘an encyclopedic mind, but not with the precision of an orderly one’. However, where Heilbroner and many of his predecessors saw obscurity and tedious attention to minor detail, recent scholarship has begun to perceive remarkable literary subtlety and nuance. This article continues and builds upon that project. It commences with an assessment of three competing explanations of Smith’s literary style and settles on a philosophic and pedagogic explanation of The Wealth of Nations’ distinctive composition. In discerning a unique heuristic strategy and philosophic object in the text, the article places particular emphasis on Smith’s employment of syntactic complexity, stylistic juxtaposition and elliptical citation. The article concludes, somewhat ironically, with the observation that The Wealth of Nations itself succumbed to the maladies of the emerging commercial world-view, in classroom and market place, that its careful construction aimed to ameliorate

“Protestant ethics and the spirit of politics: Weber on conscience, conviction and conflict,” by Christopher Adair-Toteff. The abstract reads,

Readers of The Protestant Ethic and the Spirit of Capitalism recognize that Weber attempts to provide an ideal account of development of modern rational capitalism. What readers apparently do not realize is that Weber believes that there is a political development that is parallel to this economic development. Weber believed that Luther’s passive theology and doctrine of two kingdoms lead to quiet resignation in earthly matters. Luther advises shunning politics and avoiding political confrontation. In contrast, Weber held that Calvin’s theology of awe and his doctrine of predestination lead to active political stances and even imply a duty to resist tyranny. However, Weber rejects both Luther’s and Calvin’s political stances because both believed in a divinely ordered world and held that the consequences of their actions were ultimately left to God. Weber contends that only those people who have the proper understanding of the nature of power and have a real appreciation for the ‘diabolic’ nature of politics are suitable to be political actors. Thus, Weber insists that only those people who will take responsibility for their own political actions have the right to ‘stick their hands in the wheels of history’.

“Networks, narratives and territory in anthropological race classification: Towards a more comprehensive historical geography of Europe’s culture,” by Richard McMahon. The abstract reads,

This article aims to integrate discourse analysis of politically instrumental imagined identity geographies with the relational and territorial geography of the communities of praxis and interpretation that produce them. My case study is the international community of nationalist scientists who classified Europe’s biological races in the 1820s—1940s. I draw on network analysis, relational geography, historical sociology and the historical turn to problematize empirically how spatial patterns of this community’s shifting disciplinary and political coalitions, communication networks and power relations emerged, were structured, persisted, changed, interacted and disappeared. I focus especially on core— periphery relations. I argue that if local historical spatial patterns affect those of later phenomena, geographies like that of European integration should be understood in the context of Europe’s complex historical cultural geography. Unlike discourse deconstruction alone, this complementary relational de-essentialization of geography can identify large-scale, enduring associations of cultural patterns as well as cultural flux and ambiguity.

“Review Symposium: A tale full of sound and fury but what does it signify?,” by Adrian C. Brock.