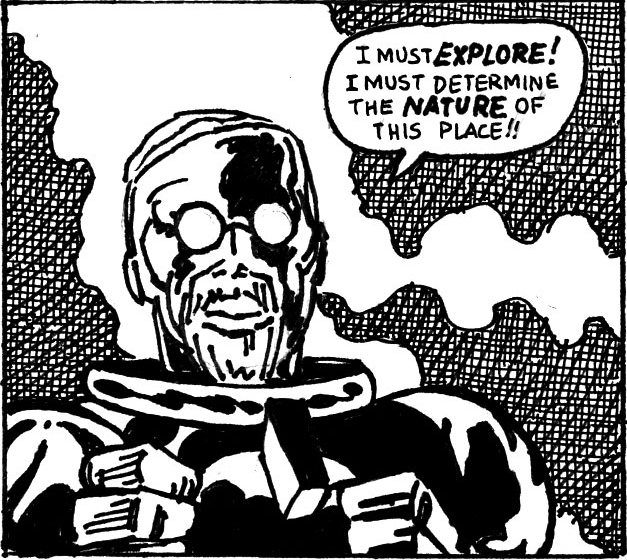 The inimitable Mind Hacks blog has put me on to an online comic book called “Sigmund Freud in the Uncanny Realm of the Unconscious.” The comic is an installment of Hans Rickheit’s Chrome Fetus Comics. In this episode, the good doctor is called upon to “survive in a world of his own making yet beyond his understanding — The Zone of Repression” (insert three descending and menacing musical chords here). Death wishes, violent monsters, sexually alluring but domineering mommies, and robotic threatening fathers are in abundance here (as is one ultramechanical all-powerful “psycho-phallus”). As Freud learns to face his fears and desires (and to “reconvert the psycho-plasm into the tools of analysis”) “intellect triumphs” and Ziggy “survives to explore and to cogitate.”

It also promises a coming installment entitled “The Awesome Anna.”