A new play about Charles Darwin has opened at the Atlantic Theater Company in New York City. Entitled “Trumpery,” the play was written by Peter Parnell, who previously wrote a play about physicist Richard Feynman, and who wrote for the NBC television show “The West Wing.” His new play about Darwin has been reviewed by Cornelia Dean of the the New York Times.

According to Dean, the play turns on the reasons that Darwin did not publish his theory for more than 20 years, after developing it in the 1830s. This apparent delay has been the subject of a vast amount of scholarship, with theories ranging from the scholarly (he wanted to collect more evidence) to the sociological (he feared the public backlash) to the Freudian (he felt like he was killing his father). Parnell focuses on the idea that Darwin believed that to publish the theory would be to “murder God.” 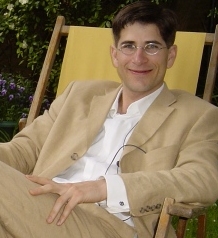 Apparently not within the scope of Parnell’s research (or perhaps just not dramatic enough to be turned into a play) is an article that appeared earlier this year by John van Wyhe, the director of Darwin Online. In ” Mind the gap: did Darwin avoid publishing his theory for many years?” (Notes & Records of the Royal Society, 61 (2), pp. 177-205), van Wyhe argues that “Instead of a man afraid of his secret theory’s being revealed to his prejudiced contemporaries, it is demonstrated that Darwin was understandably very busy and began his species book when he had completed work in hand, just as he had intended all along.” In short, according to van Wyhe, there is no “delay” to explain, and all the scholarly gymnastics that have gone into explaining it have effectively been wasted effort.

1 thought on “Play About Darwin Opens in New York”