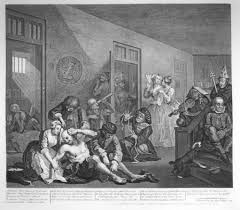 Amazon has an excerpt, detailing three patients, from the book Presumed Curable: An Illustrated Casebook of Victorian Psychiatric Patients in Bethlem Hospital (ISBN 1871816483) as part of its ‘look inside’ feature. The book includes photographs of patients from the Bethlem Royal Hospital, the world’s oldest psychiatric hospital, from the end of the 19th century just as photography was being used clinically.

an early report of a phantom limb … from the partly-autobiographical fiction of American Civil War physician and writer Silas Weir Michell. It recounts the effect in a Civil War soldier who had both legs amputated after suffering battlefield injuries.